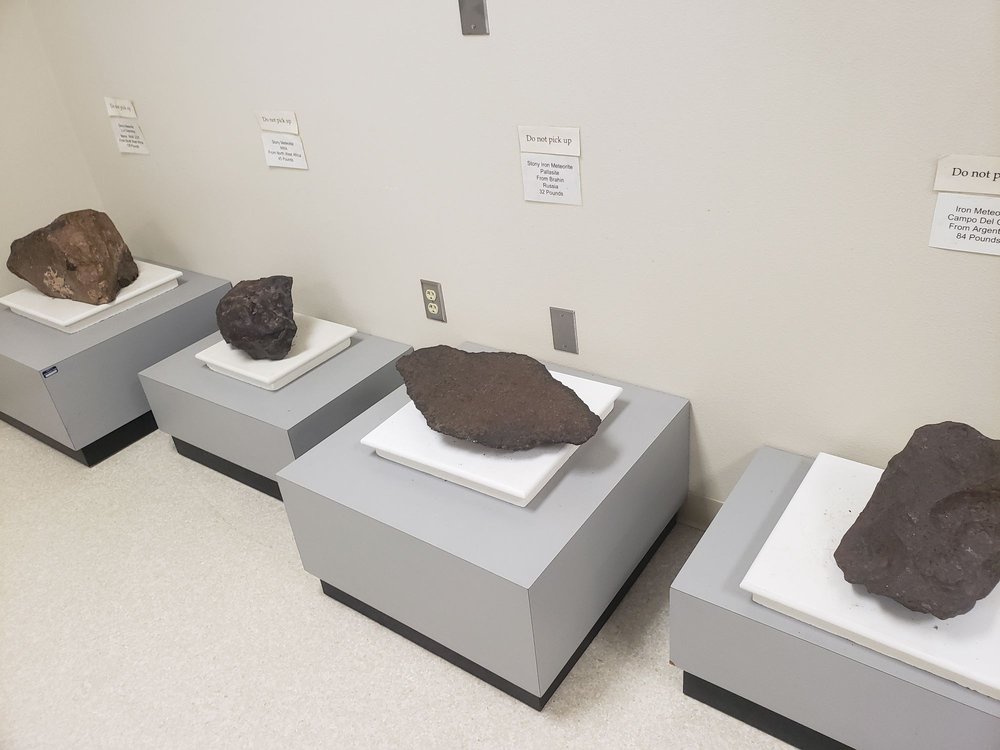 The Meteor Crater at Odessa (also known as Odessa Meteor Crater), the third largest meteor crater in the United States, is located ten miles southwest of Odessa and three miles south of Interstate Highway 20 in south central Ector County. Three craters make up the depression, which was formed in prehistoric time when thousands of iron meteorites known as octahedrites fell on the site. The largest crater covers ten acres. Two smaller and now-filled craters flank it. The rim of the largest crater rises from five to seven feet above the general level of the surrounding plain. The largest crater is filled by wash and wind-blown material to within nine to fourteen feet of the rim. The roughly circular depression is 500 to 650 feet wide from rim to rim. The impact of the meteorites displaced Cretaceous limestone, lifting it forty-five to fifty feet above its original position, folding it into a vertical position, and faulting it. The principal meteorite mass has been determined by bore holes to be near the center of the largest crater at a depth of 164 feet. In 1892 Julius D. Henderson, a local rancher, discovered the depression while searching for a lost calf. He only noted that the depression was different from the surrounding terrain. In 1920 Virgil Graham, an Ector County resident, found a volcanic-like rock near the depression. He gave the rock to Samuel R. McKinney, who used it for a paperweight until A. C. Bibbins, a Baltimore geologist, saw it in McKinney's office. Bibbins recognized it as a meteorite fragment and sent it for analysis. Although several people realized that the depression and its fragments were unusual, no one recognized the site as a meteor crater until Elias H. Sellardsqv went to Ector County in 1922. As director of the Bureau of Economic Geology, Sellards was looking for potash when he came upon the crater in the field. After his discovery scientists from many places came to study the crater. In September 1939 an excavation project was funded by the University of Texas, Ector County, and several businesses and individuals. Machinery and lumber were bought for construction and operation of a shaft and a road. The Work Projects Administrationqv provided workers. Several unsuccessful attempts were made before and after World War II to build a park at the site.

Ok, so it's not THE meteor crater in Arizona. However,It is the second largest meteor crater in the U.S., an open crater hole 550 feet wide and 100 feet deep formed when a thousand-ton mass of... Read more

the museum was nice and there was a little shop (only cash or check). being from Arizona and having seen the meteor crater there it was a little underwhelming but there's a nice trail with signs... Read more

Reviewed by
Kelly A.

Was pretty kool There is a small museum with different craters from around the world Many of them are not in glass There is also a collection of gemstones on display The walk to see the crater... Read more