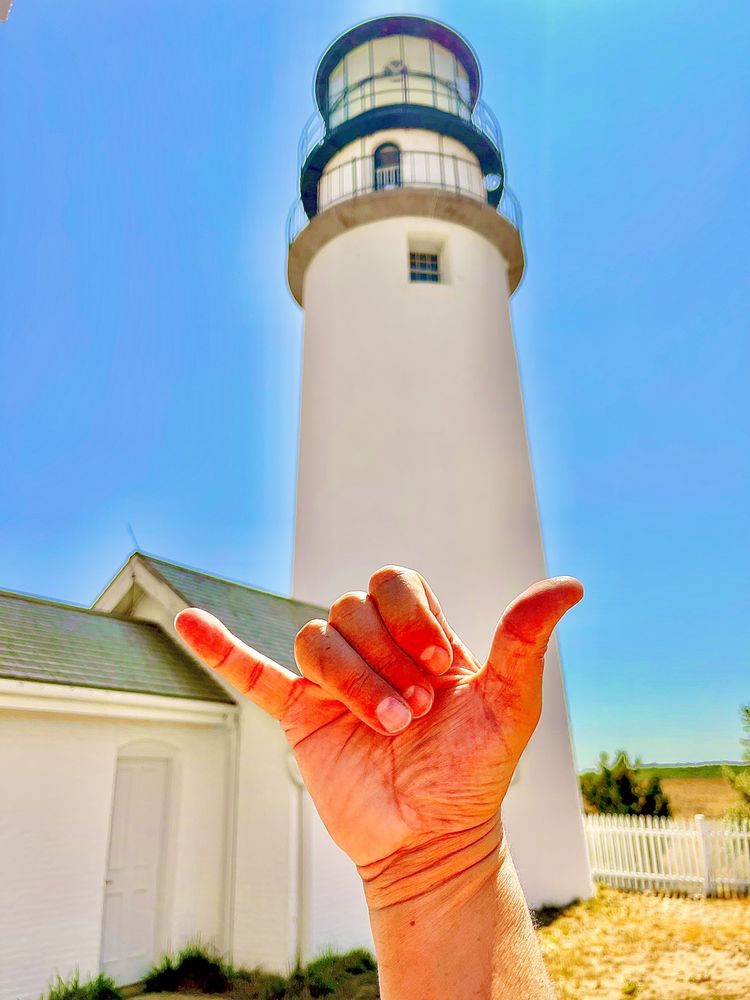 The Highland Light is an active lighthouse on the Cape Cod National Seashore in North Truro, Massachusetts. It is the oldest and tallest lighthouse on Cape Cod. The grounds are open year-round, while the light is open to the public from May until late October, with guided tours available. It is owned by the National Park Service, and cared for by the Highland Museum and Lighthouse, Inc., while the United States Coast Guard operates the light itself. The United States Navy ship was named after the light. It is listed on the National Register of Historic Places as Highland Light Station.HistoryIn 1797, a station authorized by George Washington was established at this point on the Cape, with a wood lighthouse to warn ships about the dangerous coastline between Cape Ann and Nantucket. It was the first light on Cape Cod. In 1833, the wood structure was replaced by brick and in 1840 a new lantern and lighting apparatus was installed. In 1857 the lighthouse was declared dangerous and demolished, and the current brick tower was constructed, with a first order Fresnel lens from Paris. Along with the lighthouse, there was a keeper's building and a generator shed, both of which can still be seen today.In 1932 the lamp was upgraded to a 1000-watt beacon. The Fresnel lens system was replaced first by a Crouse and Hinds DCB-36 double rotating light and then by a Carlisle & Finch DCB-224, with a second unit as backup. Unfortunately, the Fresnel lens was largely destroyed when it was removed, but fragments are on display in the museum on site. Finally, in 1998, a VRB-25 optical system was installed.

I can only give this one star. Lighthouse wrapped in plastic and no signs to indicate. Said it would be done in 2021 but guess what people, 2021 is here and not done! Read more

Had a free day to burn so I took a drive towards the coast. I saw this was one of the coastal attractions. It is awesome to see and read about the history of this lighthouse. Unfortunately... Read more

What a great experience! My boyfriend and I came up on a hot day - the docents were so wonderful and knowledgeable- engaging. The museum had an interesting curated experience - highly recommend! Read more