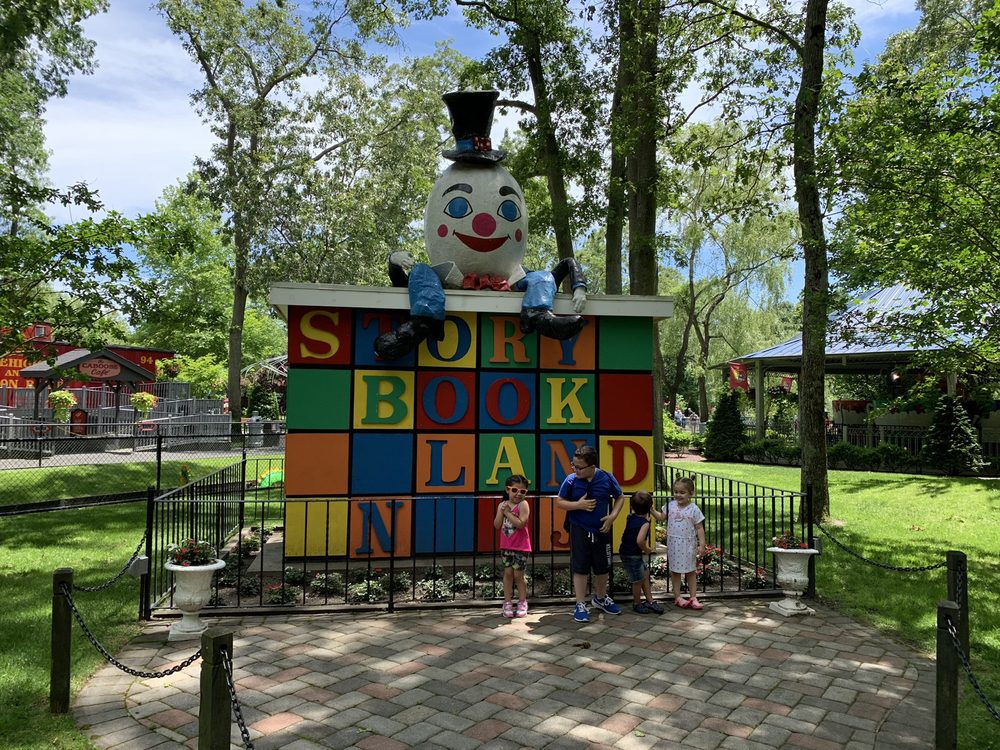 For more than 60 years, since its founding in 1955, Storybook Land has been keeping the spirit of childhood alive in an entertaining and educational atmosphere. At Storybook Land, our emphasis is on fun for the entire family … with special attention given to its youngest members. If this is your child’s – or grandchild’s – first visit to an amusement park, you can be certain that it will be a very positive experience. The timelessness of childhood will ring true as your family literally walks through its all-time favorite stories and nursery rhymes in a remarkably clean and enjoyable park setting.

Storybook Land is a 20-acre family amusement park located in Egg Harbor Township, New Jersey, United States. Opened in 1955, Storybook Land is located on U.S. Route 322, two miles west of exit 37 on the Garden State Parkway. The park is themed after many storybook characters such as Mother Goose, the Three Little Pigs, and many more. Some of its most prominent attractions are the J&J Railroad Train (which loops around most of the park), the Happy Dragon, and Whirly Bug the ferris wheel. The Land of Make Believe has many of the standard amusement park rides such as Bubbles the Coaster, a junior sized roller coster, and the TurtleTwirl, a Tilt-A-Whirl. Storybook Land also has a Santa Claus house where Santa and Mrs. Claus will pose with the children during the Christmas season.

I always thought Storybook land was one of those off-brand, knock off type of Amusement parks; somewhere between a pop up carnival/fair and something like Sesame Place, but I was actually really... Read more

This little spot is AMAZING!!!! Beautiful grounds, super clean and loads of fun for the entire family!!! The kids aged 3 and 5 are having the best time and the parents are enjoying all of the... Read more

If there's a textbook type of amusement park that's perfect for little ones/toddlers, this is it. First off, this place is manageable - meaning it's not too big and not too small. You don't... Read more