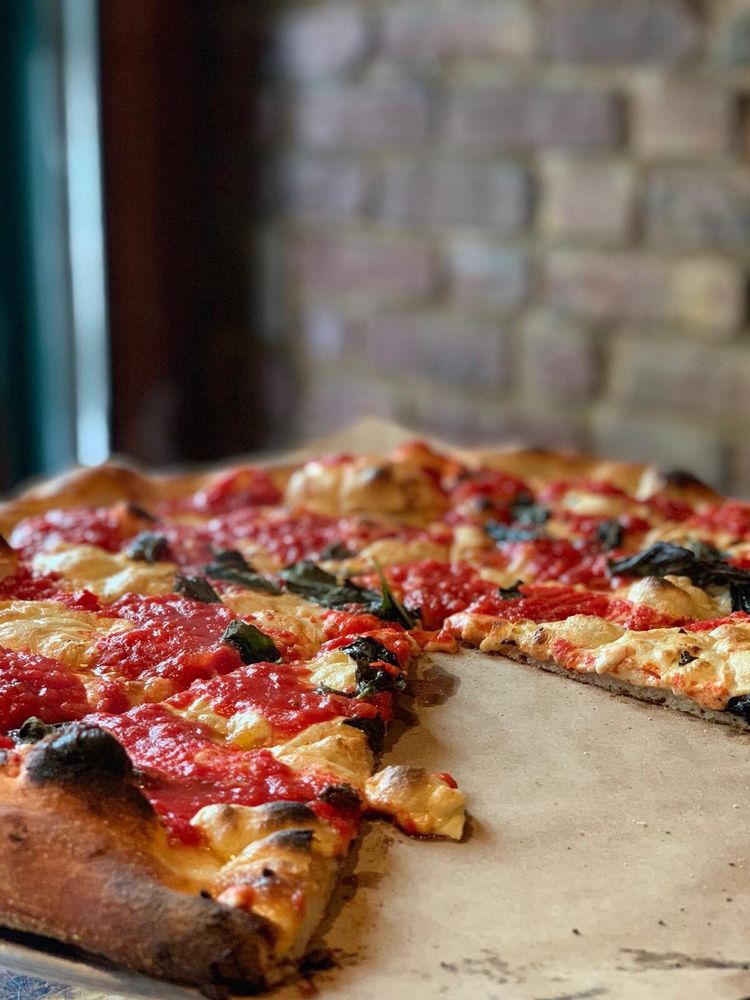 In 1897 an Italian immigrant reinvented a Napoletana staple food into one of the worlds most eaten foods. New York City was the birth place of New York style pizza. During the year of 1905, Lombardi's was licensed by the City of New York, becoming America's First Pizzeria. Gennaro Lombardi started the business in 1897 as a grocery store at 53 1/2 Spring Street, and began selling tomato pies wrapped in paper and tied with a string at lunchtime to workers area's factories. In 1905 Lombardi received a business license to operate a pizzeria restaurant, and soon had a loyal clientele, including Italian tenor Enrico Caruso. He later passed the business on to his son, George. In 1984, the original Lombardi's closed, but re-opened ten years later a block away at 32 Spring Street, run by Gennaro Lombardi III, Gennaro Lombardi's grandson, and his childhood friend John Brescio. This change in location and ten-year hiatus surrendered the title of America's oldest continuously operating pizzeria to Papa’s Tomato Pies in Trenton, New Jersey, which opened in 1912 and has sold pies without interruption since.[3]The relocated, reopened Lombardi's uses a coal oven to bake its pies the way the original did. It is unusual in not selling slices, highly popular throughout New York City. Only whole pies made to order are sold.In 2005, Lombardi's offered entire pizzas for 5 cents, their 1905 price, to commemorate the 100th anniversary of the first pizza sold at its original location.

Don't forget ***CASH ONLY*** We ended up walking to a BOA atm nearby while waiting for a table cuz we did not have enough cash on us. My cousin and her bf brought us here for some NYC pizza... Read more

*CASH ONLY* This iconic pizza spot had been on my list of go-to places since moving into the city and we luckily got seated on a weekend night after a failed walk-in at another restaurant. The... Read more

Staff AMAZING! Checked on us many times throughout our dining. Explained their menu and seated us right away. Seating inside and outside even when it's cold. They have heaters. Clean and very... Read more