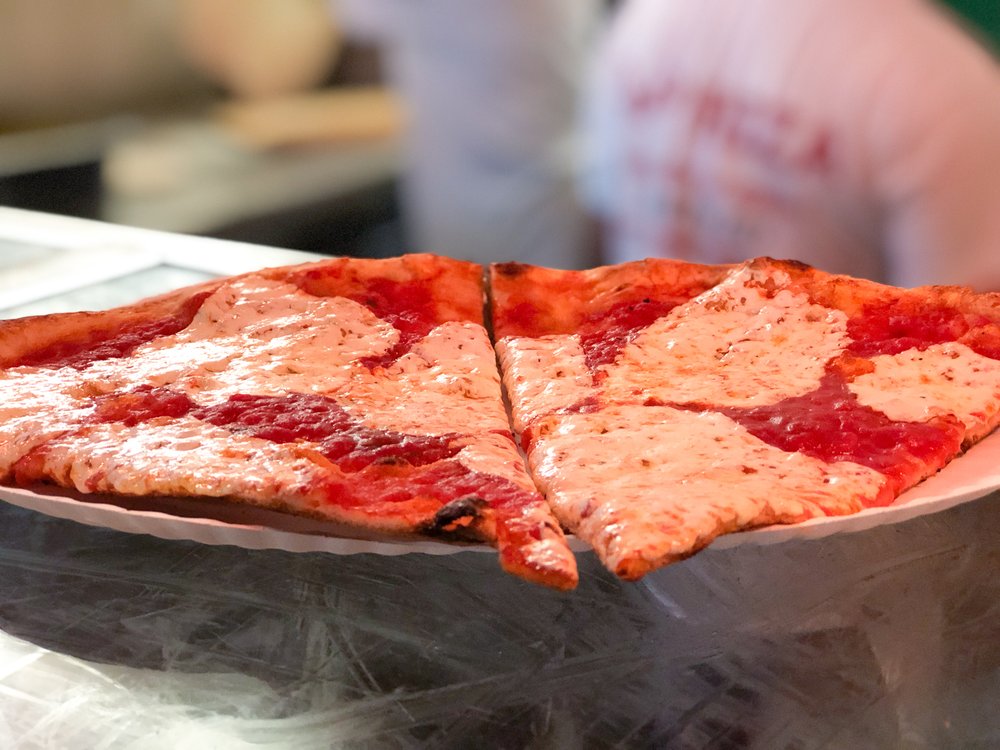 Established in 1975 by Joe Pozzuoli, who is originally from Naples, Italy, the birthplace of pizza, Joe's Pizza is a "Greenwich Village institution" offering the classic New York slice for over 37 years.  First,  we served our customers from our corner location at Bleecker and Carmine Street and now three doors down at 7 Carmine Street.  At 75 years of age, Joe Pozzuoli still owns and operates the restaurant. Joe's Pizza is a perennial top 10 listing in restaurant guides and publications such as Time Out New York and New York Magazine. NEW YORK MAGAZINE named JOE’S PIZZA "Best of New York" and in subsequent reviews referred to us as "the quintessential New York slice." In 2009 GQ Magazine listed Joe's Pizza as one the "Best 25 Pizzas on Earth."

A classic NY style pizza, in one of the most famous places. The walls inside are covered in pictures of all the celebrities that stopped there, it's a fun little touch and only makes the... Read more

A NYC landmark (if not it should be one). Had two slices of excellent plain slices of classic NY cheese pie and enjoyed it right on the spot. Make sure you fold your pizza. That's how New Yorkers... Read more