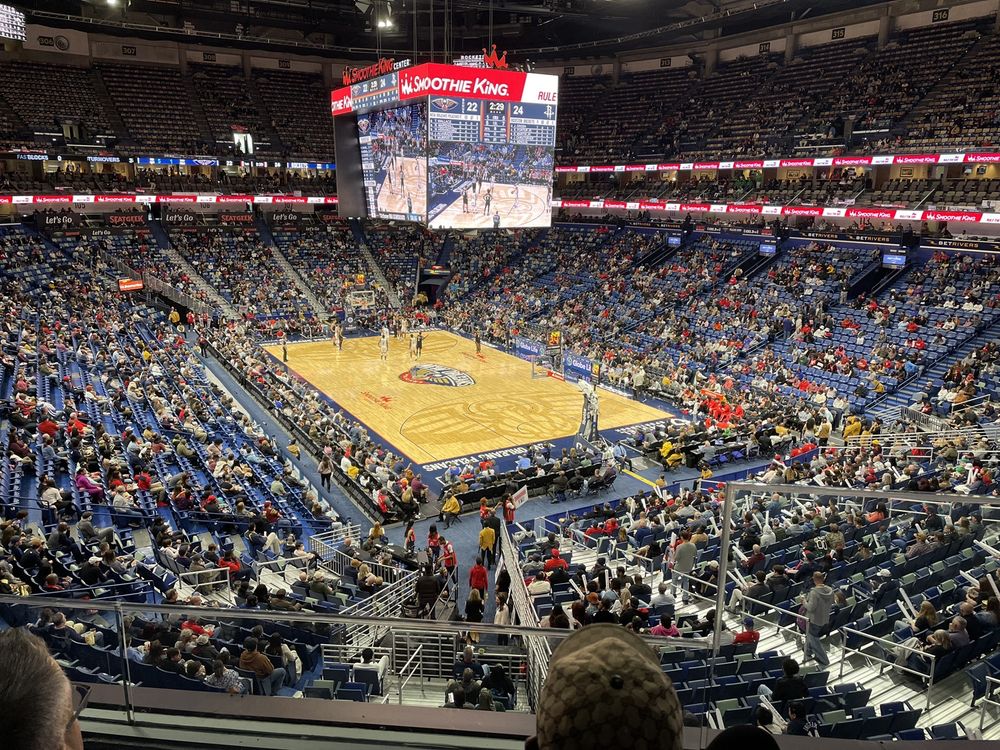 “Home of the New Orleans Pelicans”

The New Orleans Arena is a multi-purpose indoor arena in New Orleans, Louisiana. It is located in the city's Central Business District, adjacent to the Mercedes-Benz Superdome. It has been home to the New Orleans Pelicans (formerly the Hornets) of the NBA since 2002, and is also home to some Tulane University basketball games as well as some high school basketball games and other special events. The now-defunct New Orleans Brass of the ECHL played in the New Orleans Arena their last three seasons before their demise in 2002, caused in part by the arrival of the Hornets. Since February 2004, the New Orleans VooDoo, of the Arena Football League (AFL), played their home games in the arena until the team folded in 2008. The VooDoo resumed play at the Arena in March 2011. Following Hurricane Katrina on August 29, 2005, medical operations that had previously been housed in the Superdome were moved to the Arena. Medical personnel had been working in an area of the Superdome with poor lighting, leaking ceilings and soggy carpet. The Arena's design was tested in 1996 by CPP, a wind engineering consulting firm, so it fared far better than the Superdome during the storm and was in better condition to house sensitive medical operations. Thus, unlike the Superdome, the Arena reopened to activities only one month after the storm.

I had such a wonderful experience at my first NBA game! This arena is great and offers a lot of different vendors throughout. We had wonderful seats and overall it was a really fun time. I'm... Read more

This was my 3rd NBA Game to watch my Celtics play (they got that W by the way lol). Compared to other stadiums I have been to, this one can use an upgrade. Cup holders would be one of the first... Read more

Let me start by saying im from LA and have only been to staples center or what is now crypto. The stadium is a lot smaller then what im used to but the prices are very cheap compared to where im... Read more