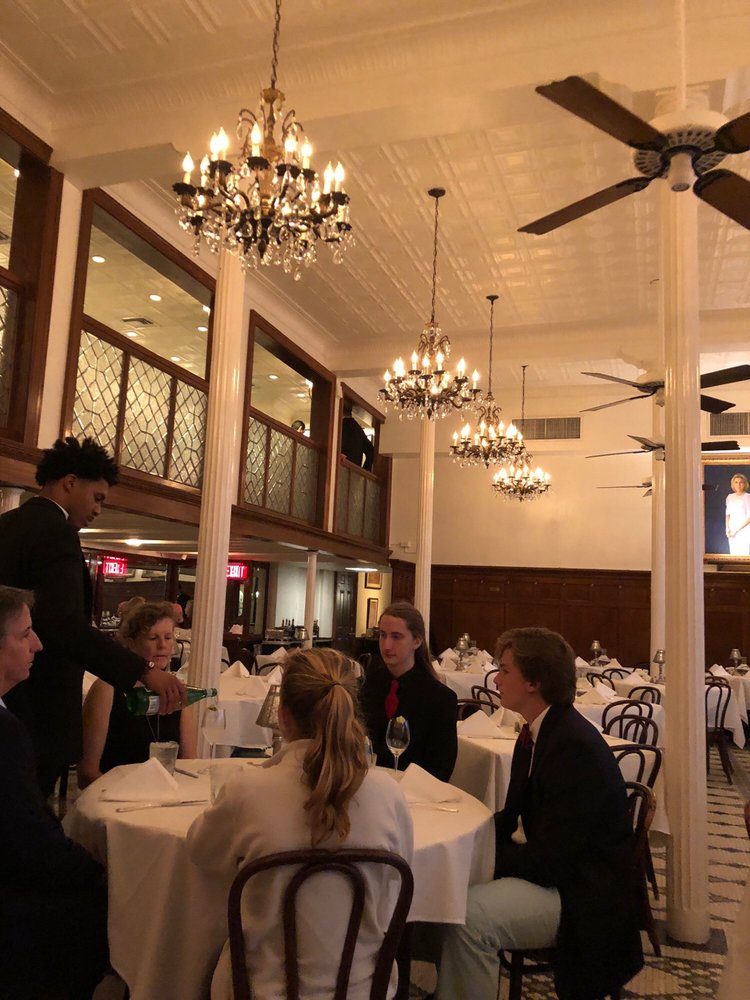 The museum brings together more than two dozen lavish Mardi Gras costumes, including 13 of Mrs. Wells’ queen costumes, one of her mother’s and one of her daughter’s, as well as four king’s costumes worn by Count Arnaud, (whose title was entirely local and honorary) and six children’s costumes.  The oldest costume in the exhibit, Germaine’s Empress gown, was worn by Germaine’s mother, Lady Irma, in 1941. As the Queen of Iris, she portrayed “Good Queen Bess.” The most recent gown is Germaine’s as Queen of Hera, 1968.  The collection is enhanced by more than 70 vintage photographs, fabulous Carnival masks and faux jewels, elaborate krewe invitations and party favors. The traditional colors of Mardi Gras–purple, green and gold, symbolizing justice, faith and power–shimmer throughout. Free admission during the neighboring restaurants business hours.

The museum above Arnaud's is amazing. So much history and it's so cool. I want to try in eat and ever dress. Read more

On a visit here, I took it upon myself to duck in here and see what this neat little exhibit was all about. It's basically a lot of the Mardi Gras gowns that a Mardi Gras queen wore over thirty... Read more

So let me comment on the "museum". AMAZING! Free! So my girl and I hear about the place, just off bourbon street. As we entered a couple told us it was upscale and had a dress code. We... Read more