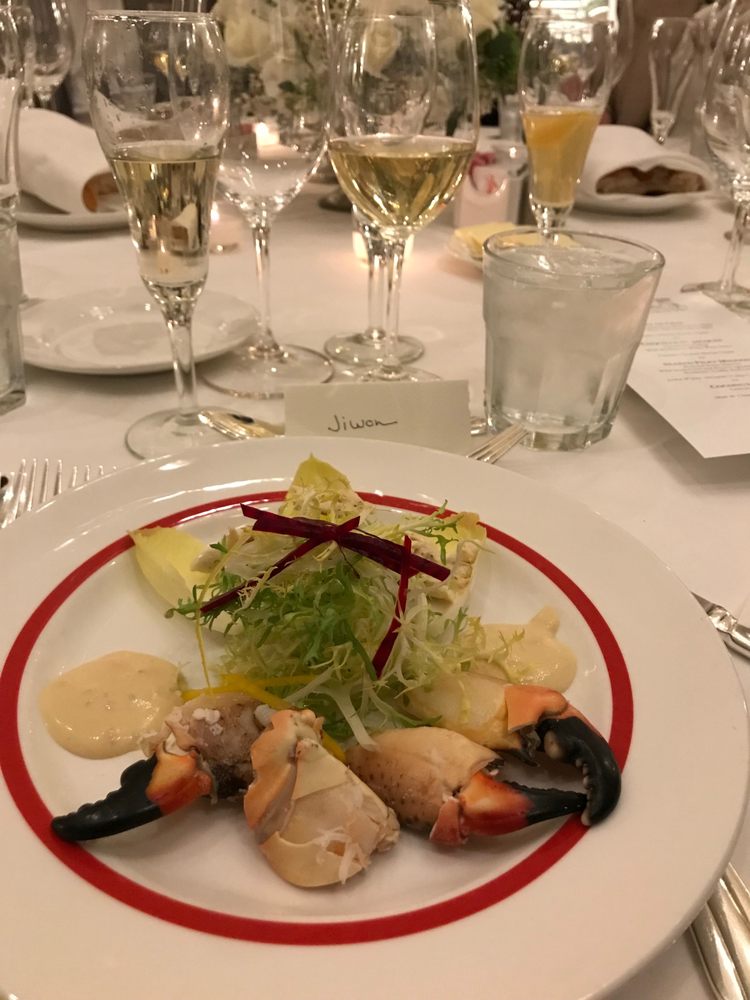 “rediscover the art of the cocktail”

Rediscover the art of the cocktail. Originally a “gentlemen only area,” during the days of the Cazenave family, the French 75 Bar, adjacent to the main dining room, is a sophisticated addition to the nightlife in the French Quarter. When the Casbarians renovated Arnaud’s in early 1979 a need was felt for an additional bar. When Arnaud’s was reopened to the public in March 1979, the space debuted as The Grill Bar. The bar and bar back are vintage. The bar was custom-built in the late 1800s for a Gulf Coast restaurant and purchased from a local antique dealer. In 2003, the bar was reincarnated as the French 75 bar with emphasis on premium spirits and fine cigars. The seasonal drink menu features recipes from a bygone era, from the cocktail for which the bar is named—a heady concoction of brandy and champagne—to a dizzying selection of martinis, mixed drinks, wine, and beer. Rendez-vous for drinks, plan to arrive early before dinner, or save room for post-prandial cocktails at this sassy venue in one of the city’s oldest restaurants. French 75 Bar opens daily at 5:30pm.

Great place but they close at 9 pm, not 10:30 pm The dress museum upstairs is amazing and the food is top shelf! Read more

Reviewed by
Mads B.

Highly recommend this place. The drinks were creative, tasty, and had good strength. The bartenders wear white jackets, and I thought that was a cool touch. Service is great. The tables are... Read more

I ordered the Sunday brunch special. It is a three course meal for the cost of your main entree. I ordered the eggs Benedict entree with Belgium waffles as the starter. The meal was so good as... Read more