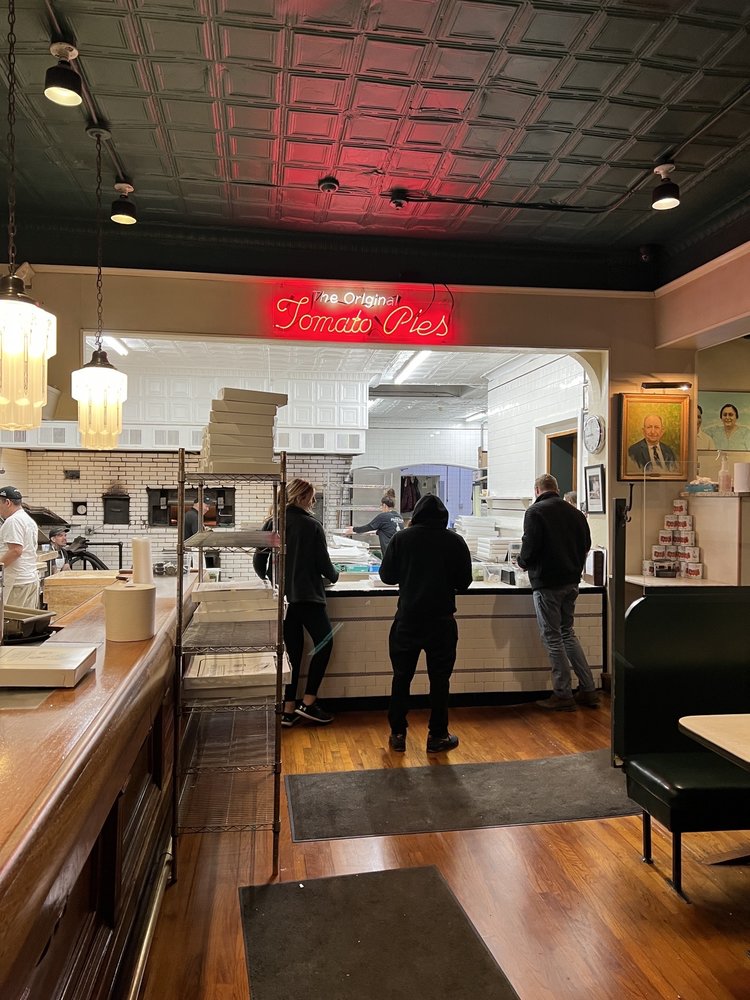 Frank Pepe Pizzeria Napoletana is one of the oldest and best-known pizzerias in the United States. Known locally as Pepe's, is has its Original Location in the Wooster Square neighborhood of New Haven, CT, as well as stores in Fairfield, Manchester and Danbury CT, the Mohegan Sun Casino in Uncasville, CT, and in Yonkers, NY. Frank Pepe Pizzeria was founded in 1925 by Frank Pepe (b. April 15, 1893 d. September 6, 1969). Born in the town of Maiori, on the Amalfi coast, southwest of Naples, Frank Pepe was the quintessential Italian immigrant. Poor and illiterate, he immigrated to the United States in 1909 at age 16 with little more than his health and a strong work ethic.   In the late 1970s, Elizabeth and Serafina, purchased the original bakery (163 Wooster St.) from the Boccamiello's and re-opened Frank Pepe's the Spot as an annex to the main building. Pepe's reputation as one the country's premier pizzeria spread through word of mouth. In the early 1990s, Elizabeth and Serafina retired and the business passed to their children - Anthony, Francis, Lisa, Bernadette, Genevieve, Jennifer and Gary - who still operate the business today and have overseen its expansion. Frank Pepe originated the New Haven-style thin crust pizza which he baked in bread ovens fired by coke. Coke is a byproduct of coal and it was used extensively until the late 1960's when it became unavailable and hence coal was then put into use to fire the oven. Pepe's signature pizza, the White Clam Pizza, was most likely an organic inspiration by Frank Pepe; an idea born from the fact that Pepe's also served raw little neck clams from Rhode Island, on the half shell, as an appetizer. This development occurred around the mid 1960's and gradually became popular through the past 40 years. Contrary to what many have heard, Frank Pepe did not have an allergy to cheese and tomatoes and the white clam pizza's evolution should not be attributed to this false malady. A lot has happened since Frank Pepe starting baking "ah-beets" 85 years ago. Pizza has gone from an obscure ethnic dish to become a mainstay of the American dining scene. But what hasn't changed at Pepe's is the family's commitment to the tradition of food quality and commitment to the community at large that Frank Pepe envisioned in 1925.

Popular pizza spot in New Haven. It's been around since 1925, so you know the food has to be good. The line had 4 parties ahead of us but we ended up waiting for only 5 minutes. The girl directing... Read more

One of the famous New Haven Pizza places. We went during the summer and it was very busy with wait of over an hour in pre-dinner time. They did not have out door seating but had the option to take... Read more

I got really, really lucky early one evening after walking from the train station to Frank Pepe's and discovering there was no line, which is a rarity. A line started forming quickly after I... Read more