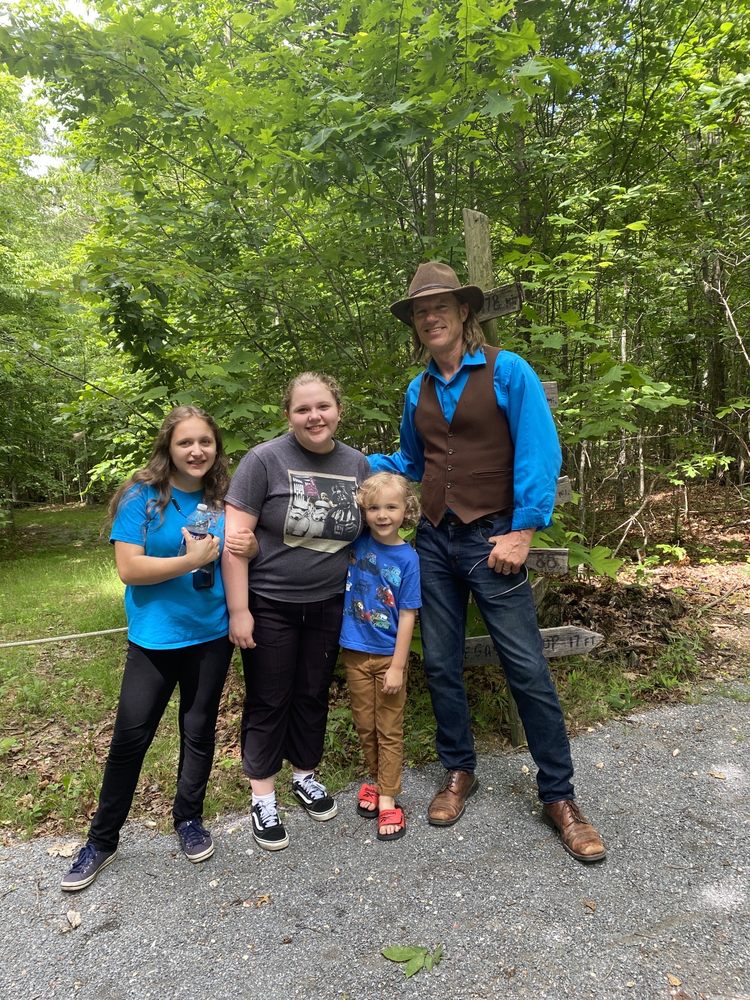 Created by nationally known attraction builder and theme park designer, Mark Cline whose work has been featured on The Discovery, Travel and Smithsonian Channels as well as on FOX, TBS and BBC Networks. His creations are also used by TV, movie and Rock Stars!

​Enter into a time tunnel and discover Stonewall Jackson battling a vicious spinosaurus! get surrounded by deadly meat eaters! See Abe Lincoln after he’s lassoed a pteranodon chewing up the Gettysburg address! witness a stegosaurus being milked! If you like prehistoric creatures and civil war history, you’ll flip out over Dinosaur Kingdom II!

Everyone loves a corny roadside attraction. This is a great self guided tour. So many cool sites to see. There are photo opportunities everywhere. So much fun from Giant Heads to getting into a... Read more

This place was quirky and oh so much fun! I have been wanting to come here for a long time and it did not disappoint. There is so much attention to detail--there are dinosaurs in the trees, little... Read more

We had a great time. Worth every penny. We had as much fun marveling at the imagination on display as our 4 year old. Top notch funky Americana. Read more