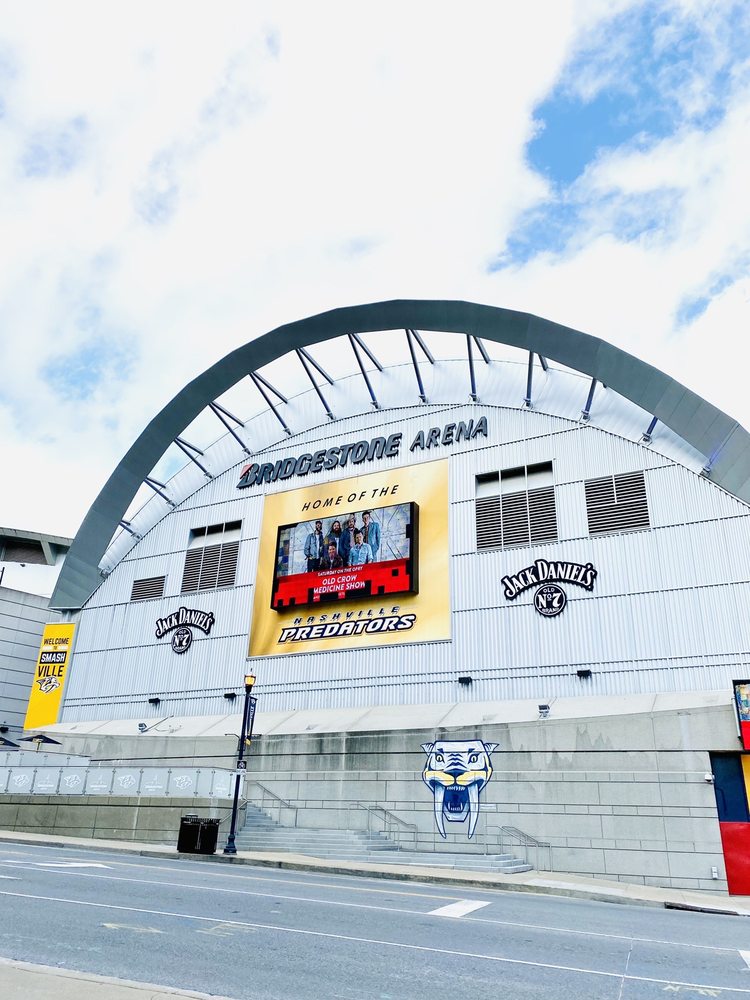 “Home of the Nashville Predators”

Bridgestone Arena is an all-purpose venue in downtown Nashville, Tennessee, that was completed in 1996. It currently houses the Music City Theater and hosts the NHL Nashville Predators. The Bridgestone Arena has a seating capacity of 17,113 for ice hockey, 19,395 for basketball, 10,000 for half-house concerts, 18,500 for end-stage concerts and 20,000 for center-stage concerts, depending on the configuration used. It has also hosted several professional wrestling events and a boxing card since its opening. The seating configuration is notable for the oddly-shaped south end, which features two large round roof support columns, no mid-level seating, and only one level of suites, bringing the upper level seats much closer to the floor. The arena can be converted into the 5,145-seat Music City Theater, used for theater concerts and Broadway and family shows, by placing a stage at the north end of the arena floor and hanging a curtain behind the stage and another to conceal the upper deck.

What a venue! I've been a handful of times to various concerts and events, and there is not a bad seat in the house. Location is convenient downtown and while getting to the venue is great, once... Read more

We visited the Bridgestone arena to see Kevin Hart "Reality Check". The arena was clean, the employees were nice. We over all had a smooth experience in this arena. Read more

I can only speak to Predators games, as I have yet to enjoy a concert here. The games themselves are incredible (I've been to 4). Nothing beats the raucous spirit of NHL games in an arena. The... Read more