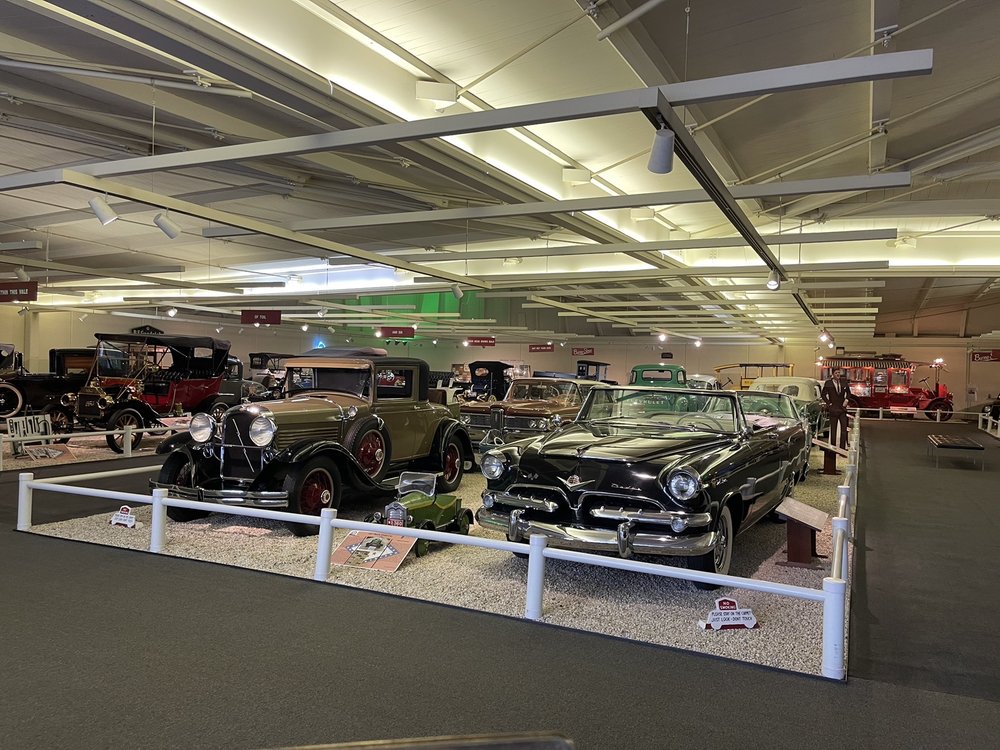 “The history of the motor carriage”

Welcome to the Museum of Automobiles located atop beautiful Petit Jean Mountain in central Arkansas! The museum is home to the only Climber automobiles known to exist with the 1923 Climber Touring on display. Drop by and experience this unique part of Arkansas' automotive heritage! In addition to the Climber, there are more than 50 vehicles on display ranging from a 1904 Oldsmobile French Front to a 1967 Ford Ranchero. Most of the vehicles date to before 1950. Winthrop Rockefeller founded the Museum of Automobiles, opening on October 18th of 1964. Fans of the late Governor will be delighted to see his 1951 Cadillac that he drove to Arkansas in 1953 when he made the state his home; his 1914 Cretor's popcorn wagon; and his 1967 Cadillac with a sterling-silver Santa Gertrudis hood ornament.

We visited yesterday. Not crowded this time of year and was able to easily view the cars. About 50 vehicles but all are in impeccable condition. We thoroughly enjoyed the getaway as we were... Read more

Freaking awesome side trip adventure!! Probably 40 or 50 cars inside. All of them in immaculate condition. Each with a description of the car and manufacturer... sometimes the owner. The original... Read more

What a gem! Definitely out of the way, but worth a trip here to see some unusual and interesting vehicles. They have one of JFK's personal vehicles, one of Elvis's cars, a Delorean, and some very... Read more