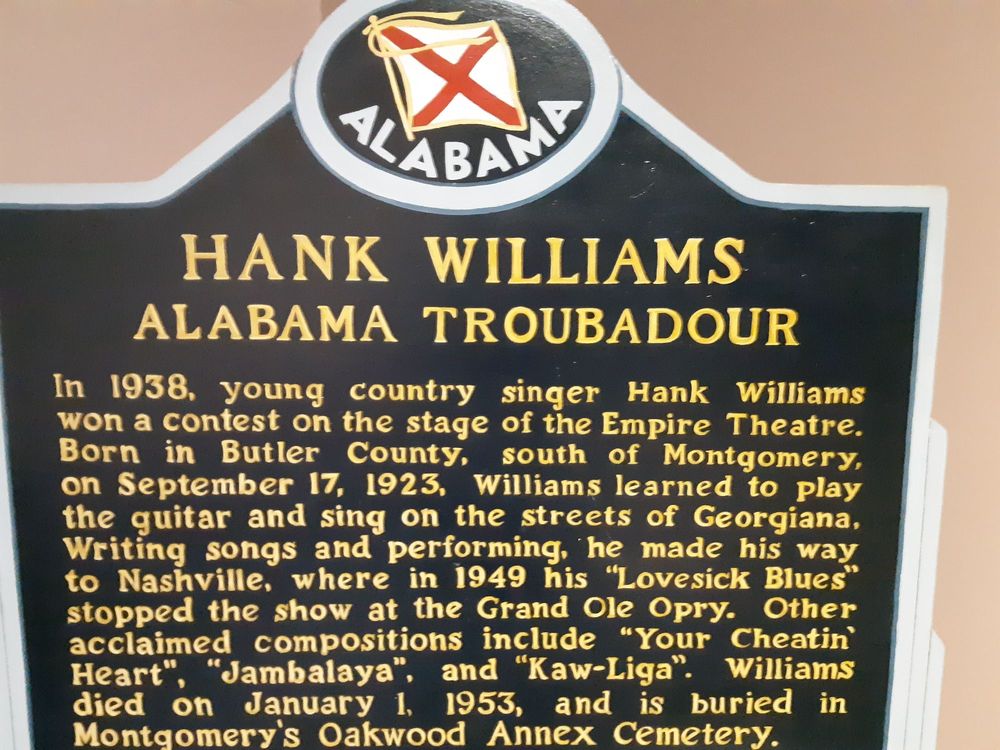 Hiram "Hank" Williams career began at the age of 14 by winning a talent show at the Empire Theater in Montgomery Alabama in 1937 with his original tune WPA BLUES, the rest is musical history. Containing the most complete collection of memorabilia, the Official Hank Williams Museum is located in Downtown Montgomery where Hank lived from 1937 - 1953. Come and visit the place where the man who left his mark on the Musical world, will inevitably leave his mark on you. The Museum houses Hank's 1952 Cadillac in which he made his final journey, along with clothing, albums and more. Oakwood Cemetery, which is the resting place of Hank and Audrey Williams, is only five minutes away of the Museum.

Seeing the long blue Cadillac was very cool but the handrail around it with supporter names wasn't. There is a ton of random memorabilia! But signage was cumbersome to read and most items were... Read more

Great for Hank Williams fans. Interesting and lots of memorabilia! The blue convertible Cadillac was the highlight for me. Brought my mom here as she is fan. I wasn't thrilled with 12.50 each... Read more