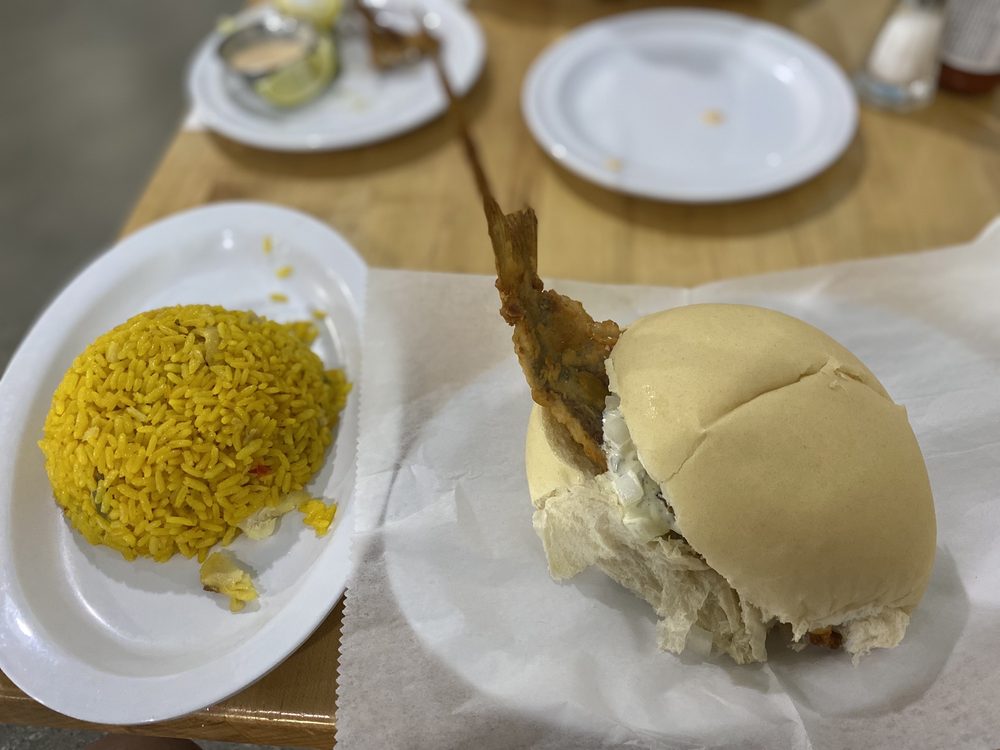 The Garcia Brothers, eleven in total, were born into a family of fishermen in the province of Las Villas, Cuba. As early as the age of 9, the boys would join their father and head out to sea to learn the trade and help the family. They fished, they processed and they sold their fresh catch. They carried these skills with them across the border and in 1966 the brothers opened the Garcia Brothers Seafood Market. In 1976, the brothers decided to quip their fish market with deep fryers and u-shaped counters so that they could serve their daily catch. This led to La Camaronera which continues to offer its patrons a steady supply of fresh fish and jumbo succulent shrimp fried to perfection.

Went for a quick relaxed lunch on a weekday. We sat outside in the elevated dining area. The environment was much better once we sat down than it appeared from the parking lot. Although I didn't... Read more

Yeah man, it's good But the prices have gone up A lot But it's good...really good And It's Good Friday So yeah They take credit card now so they get an extra star Read more

Reviewed by
Jesus A.

sooo good i had the oysters special the sandwiches and the calamari , beer and the shrimp sandwich service was great Yunaisis was very nice and helpful five stars Read more