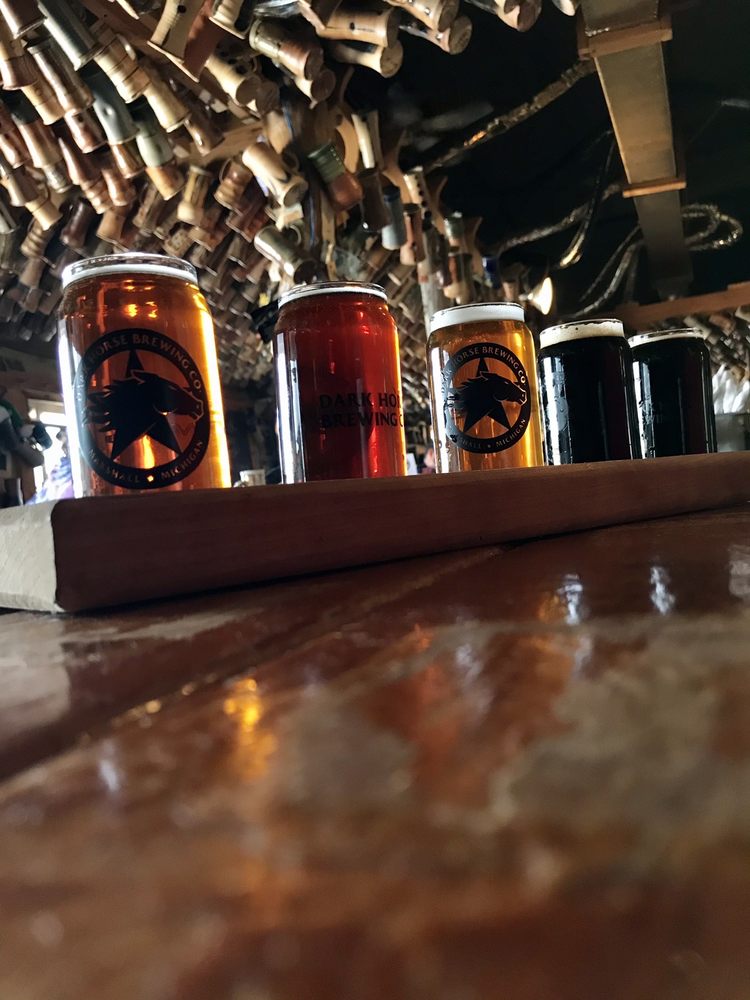 The Dark Horse Brewery is a micro-brewery and tap room in Marshall, Michigan. They brew a variety of beers and beer styles, including the Crooked Tree India Pale Ale, Amber Ale, Raspberry Ale, Sapient Trip Ale, Boffo Brown Beer, and Black Bier. Several seasonal and experimental brews are also produced. They also offer a wide variety of food, with the cuisine centered around items which can be produced in their pizza ovens. Dark Horse puts out a significant amount of beer for their tank size but are still able to hand-fold and stock every six-pack produced. They have won several medals at various brewing competitions. The most striking feature of the taproom is the many custom beer mugs hanging from hooks. The ceiling beams are literally covered with ceramic mugs. Also offers subs, salads, pizza, etc. This place is a must see!

First time visiting this brewery. Cozy location with great beer and amazing pizza!! Wish I had more time to spend there to try more of them out! Read more

The beer garden is a really cool place to hangout! The staff was nice and helpful when ordering drinks! Read more

The food is awesome! Everything we had there was SO delicious! We especially recommend the soft pretzels with beer cheese! Also the salads and pizzas were yummy. The beer is great too. Our servers... Read more