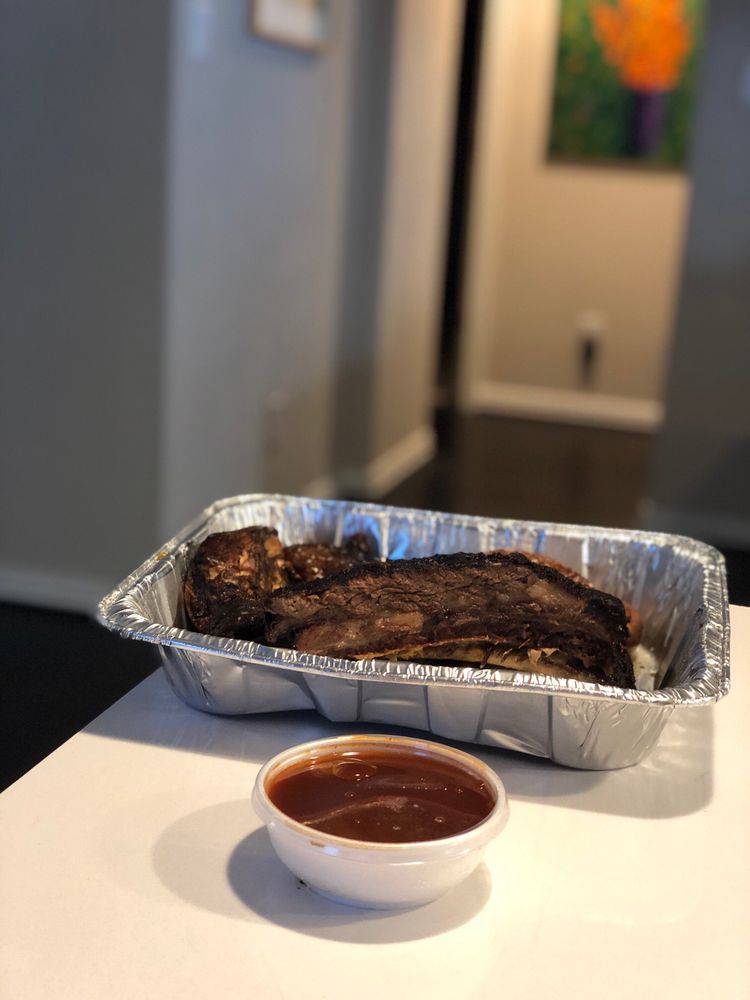 “The oldest family BBQ in TX”

Texas' oldest and best major barbecue restaurant continuously owned by the same family. Its offering include beef brisket, ribs, chicken, sandwiches, salads and vegetables, as well as desserts. Black's looks like you'd expect a barbecue restaurant to look. Framed photographs of local high school football teams and hunting trophies cover the walls. A photograph of former Texas Governor Ann Richards, back when she was still state treasurer, fills a spot on the wall, too. This restaurant has been in the family since 1932. Norma remembers a time when women did not go inside most barbecue restaurants. At Black's, women went to a side window to order. Things have changed a lot since then, but the recipe for brisket is still the same. "It's simple," Edgar says. "You just need salt, pepper, the right wood and a few family secrets that I can't tell you." "We didn't have a sauce when we first started," Edgar explains. "My wife, she makes it. We added it after a lot of people from the North came down. They'd ask for it." Norma's sauce is red-orange, hinting of lemon and a little cumin; "eight" days a week it simmers in an electric cooking pot not too far from the restaurant's cash register.

This was part of an April 2022 trip to central Texas. Early lunch arrival for Black's, short (~10 min) line to order. My buddy and I split three meats and two sides: lean brisket, a beef rib... Read more

Reviewed by
Richard A.

Ok Had it to be exceptional and did was only okay. Had beef rib and was Smokey but contained little seasoning. Not worth driving 30 miles to eat. Read more