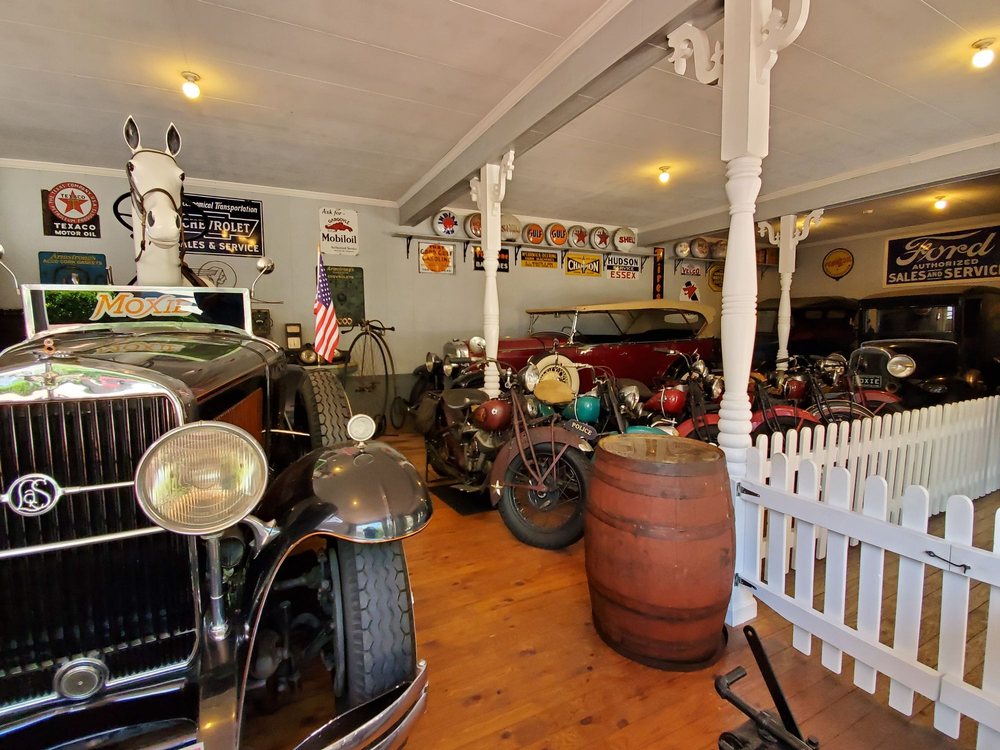 Clark's Bridge was originally built in Barre, Vermont as a part of the Barre Railroad, a short line railroad which ran between Montpelier and Barre, Vermont. The bridge was built to span the Winooski River. In 1960 both the railroad line and the covered bridge were abandoned. Ed Clark and his brother Murray dismantled the bridge in East Montpelier and brought it piece by piece to its present site. The abutments at the site were constructed using granite blocks from an abandoned Maine Central Railroad bridge that crossed the Connecticut River in Coos County, New Hampshire. The bridge was reassembled on dry land next to the Pemigewasset River. Falsework was created by setting railroad tracks in the river bed, placing two flatcars on the tracks and building a crib on these cars up to the bridge level. The bridge was then pulled across the river using a half-track trailer. It was positioned over the river in 1965 and is still used as a part of Clark's Short Steam Railroad. It appears to be the only Howe railroad bridge left in the world.

We had so much fun here! The bears are adorable and look like they're having a blast running around playing and eating ice cream. The train ride was hysterical as well. We enjoyed the little mini... Read more

Wonderful, low key little spot. We went on opening weekend. The park is so clean and well maintained. We enjoyed the train ride that lasts about 20-25 minutes. They had a play area for kids... Read more

Just an almost 100 year old treasure that seems to preserve everything including tradition over time. I took our daughter and my father and couldn't be happier with how it went. We planned the day... Read more