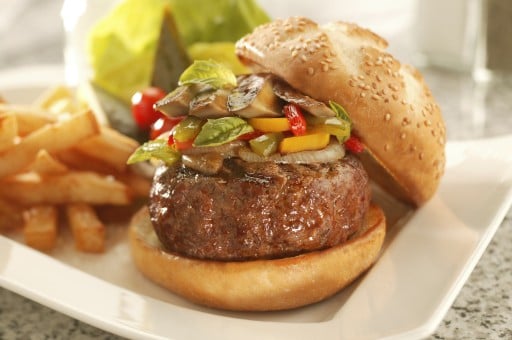 This location is permanently closed.

“The ultimate burger experience and more...”

Mandalay Place is located in the mall between Mandalay Bay & Luxor. Mandalay Place Valet free access to Valet for all guests off of Hacienda between Las Vegas boulevard & Mandalay Bay drive. Hubert Keller is known best for his world-renowned restaurants, Fleur de Lys (San Francisco) Fleur by Hubert Keller (Las Vegas), and Burger Bar (San Francisco, Las Vegas, and St. Louis). Having delighted the palates of his peers, food writers, and restaurant critics alike with his imaginative, modern French cuisine, he has received numerous awards and is regarded as one of America’s most talented chefs. His influence extends beyond his restaurant kitchens to the millions of people he reaches through his co­­­okbooks The Cuisine of Hubert Keller (Ten Speed Press), Burger Bar, Build Your Own Ultimate Burger (Wiley), and the forthcoming Souvenirs: Memories, Stories, and Recipes from My Life (Andrews McMeel, Fall 2012), and media appearances including his own Secrets of a Chef cooking show (PBS), and Top Chef, Top Chef Masters, Top Chef All Stars, and Top Chef Just Desserts (Bravo).

Ok let me first start by saying I used to absolutely love Burger Bar. Always came here sometimes multiple times during our trips to Vegas. This was pre-pandemic though. They are now re-opened... Read more

Reviewed by
Tanesha J B.

Burger Bar is now open again and went 11/30/21, a weeknight. I was sat quickly in a cool booth with a tv and no volume. The server was nice. Zucchini fries were amazing! Regular fries were sad,... Read more

We strolled by Burger Bar on a quiet night before Thanksgiving 2021 and decided to give it a try as this place looked neat and inviting. Our server told us that this place is under new management... Read more