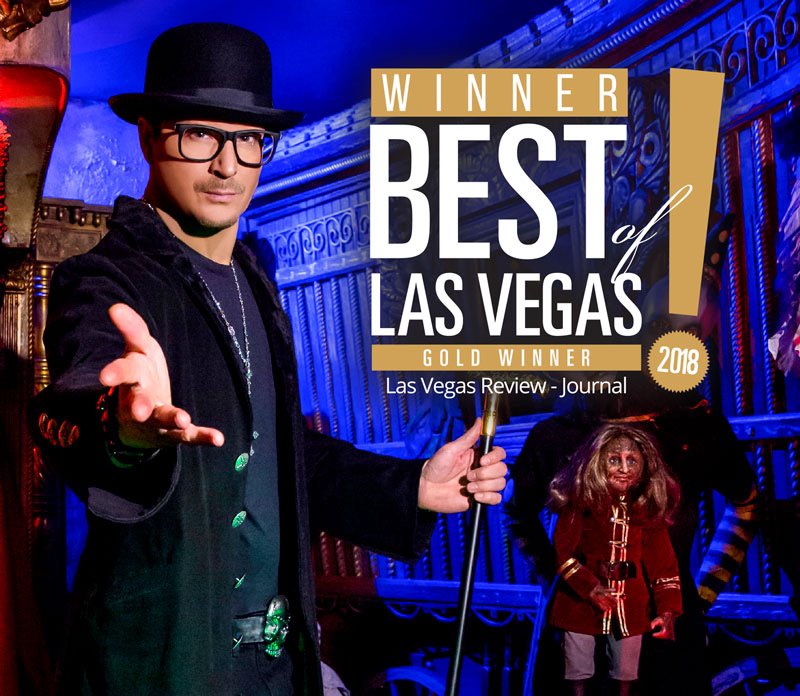 Paranormal enthusiasts visiting Zak Bagans’ The Haunted Museum will venture down creepy winding hallways and secret passages into more than 30 rooms that rival scenes from Hollywood horror films, setting the stage for frightening facts about each paranormal piece such as the Dybbuk Box known as the world’s most haunted object. The vintage wine cabinet inspired the movie “The Possession” and is said to house a malicious spirit. Shortly following its arrival, holes mysteriously began to appear around the artifact. A Downtown Las Vegas marketing executive also witnessed a black-cloaked figure pass through the exhibit’s closed door during a private tour with Bagans.

My Wife and I have been big fans of the show since the beginning. Coming to this museum was definitely on our list when coming to Vegas. We were planning on leaving Vegas on Saturday, so we... Read more

I've visited the Haunted Museum twice, and it's always an adventure. Yes they do change and add things over time, so it's worth revisiting. It's exactly as they advertise, it's a museum. There are... Read more

Went to the museum in February of 2022 for my birthday...been a huge fan since the first season Came home with a attachment..never experienced paranormal things in my home before..knocking... Read more