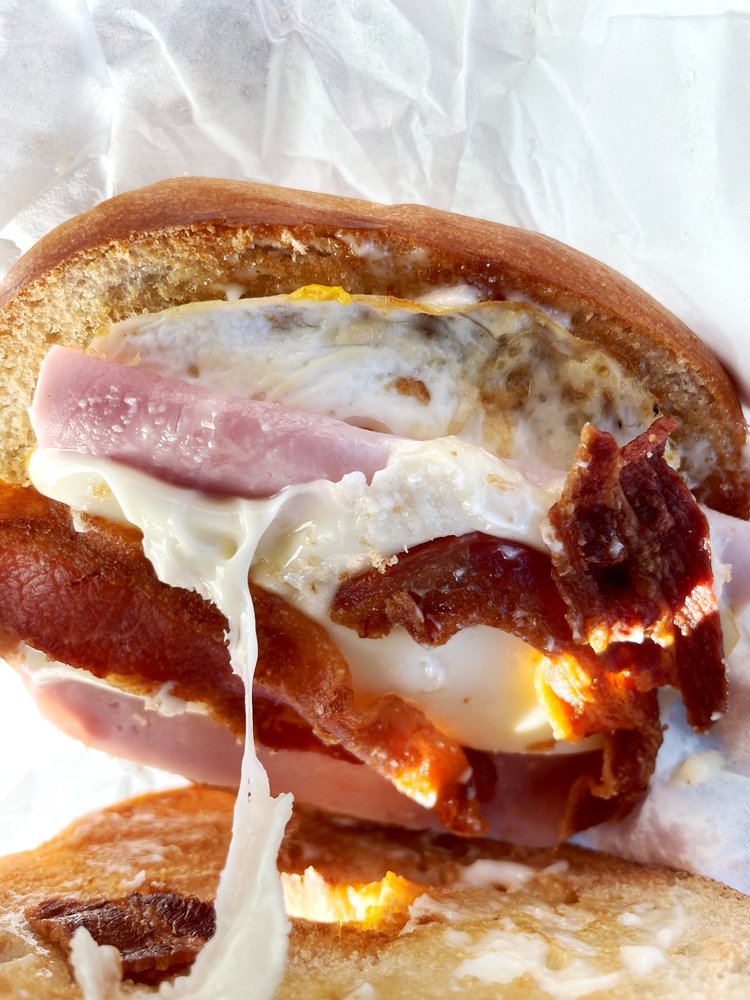 “The worlds most iconic donut bakery!”

The Donut Hole is a bakery and landmark in La Puente, California. An example of programmatic architecture, the building is shaped like two giant donuts through which customers drive to place their orders. The first Donut Hole opened in 1963, in Covina, California. The shop in La Puente was the second to open, in 1968, and was followed by three others. The La Puente location, however, was the only one shaped like donuts, and dates of the building's original construction range from 1947 to 1958 to 1962. What is certain is that the donut chain went out of business in 1979. The Covina branch was completely remodeled and the others were demolished, and only the La Puente location remains today as a working bakery. It is a local tradition for newlyweds to drive through the donuts; some cite good luck as the reason, while others credit the sexual symbolism. The building has been struck by cars several times in its history, most recently in 2004 when an out-of-control car crashed through one of the donut facades.

Pretty cool and unique place for some doughnuts. The drive-through itself is aesthetic and great for pictures. It's kind of something I'd expect to see in Disneyland or Universal studios. They... Read more

Pricing SHOCKER!! I'm all for supporting local small businesses so I figured I'd stop by for 1dz of fancy donuts (going to party) it was $42.50!!! KRISPY KREME & PORTOS is much cheaper than this!... Read more

Cash only,and expensive than I expected But the is good The outside is interesting shape! Read more