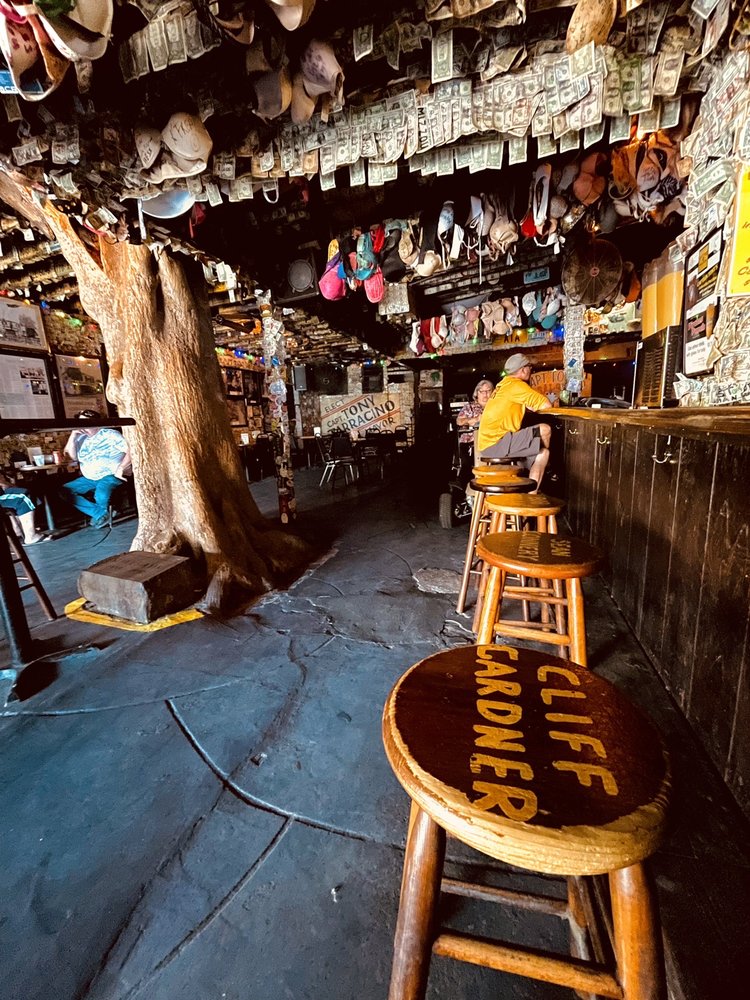 “A Key West landmark where clothing is optional”

Favorite watering hole of such legends as Ernest Hemingway, Truman Capote, Tennessee Williams, Shel Silverstein and Jimmy Buffet, Captain Tony’s Saloon is not just a bar it is a piece of living history. The saloon’s namesake, fishing boat captain gunrunner, gambling casino operator and Mayor of Key West the late Captain Tony, was a larger than life character who was often described as a dropout from a Hemingway novel. Originally built in 1851 as an icehouse that doubled as a morgue Captain Tony’s Saloon is steeped in history. When you stop  in for a cold one, remember you are drinking where legends have been drinking for decades.

Reviewed by
Joe B.

Almost above and under ground at the same time it's like a if Florida style pool hall had a baby with a pirate ship and gave birth to a bar. Love the rum punches, and even got a couple cups to go... Read more

This is a must stop if you're in key west for your first time. It has a lot of history with plenty of ghost story's and there is a real skeleton manning the bar 24-7-365. The drinks were fast and... Read more

Pro: Dark, cool bar in heart of Key West with a pretty interesting history, quirkiness, local music, etc. Cons: Drink prices a little in the high side in my opinion. Make sure you attempt to... Read more