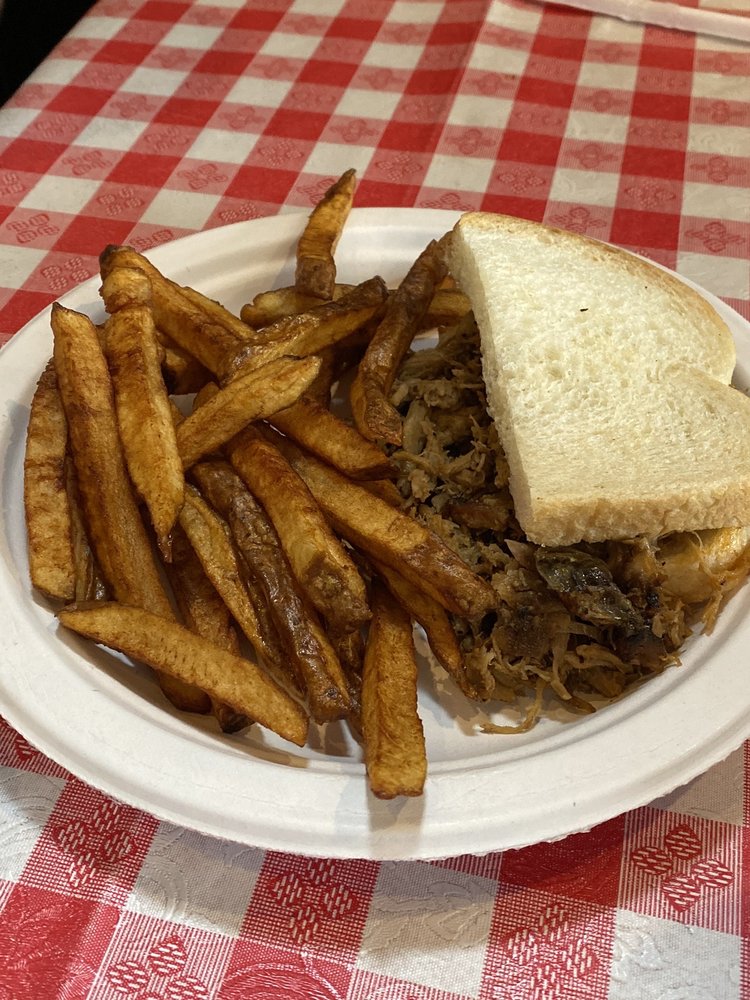 “It runs in the family”

Barbecue runs through the heart of Danny Edwards. His father opened the family’s first barbecue joint, Jake’s Barbecue, during the first depression and moved it to Kansas city in 1938 where he ran it until 1981. During that time, Lil’ Jake (a nickname Danny picked up while working as a youngster at his father’s restaurant), first gained his appreciation for slow cooked meats and friendly conversation. In 1980, Danny took the family’s recipes and opened up Lil’ Jakes at 1018 Baltimore. Then in 1984 he moved to 1227 Grand Blvd. There, the cozy 18-seat location with a pink concrete pig mascot, greeting you as you arrived, became something of a lunch legend, as did the restaurants slogan, “eat it and beat it,” adopted to remind folks that there was a long line behind ya waiting for their share of Danny’s barbecue. For 23 years Danny’s smoked meats filled the air of downtown Kansas City with only one change: the restaurant shed the Lil’ Jakes nickname and picked up the title of Danny Edwards’ Famous Kansas City Barbecue. In 2007, another change took place when city developers took over the block and forced him out. Undeterred, Danny grabbed his concrete pig, counters and nostalgic signs, and moved them all to where they are today, 2900 Southwest Blvd. Danny Edwards Blvd Barbecue is a larger more comfortable location where, while you no longer have to “eat it and beat it,” you can still enjoy the same hand-cut meats, carefully prepared sides, and friendly atmosphere that made his Kansas City barbecue a legend. Danny Edwards Blvd Barbecue is located at 2900 SW Blvd, Kansas City, Missouri and is open Monday through Saturday from 11-3.

This is a BBQ joint that does not get nearly enough love. It has a history that goes back all the way to the 30s and it's SOOOO GOOD! Definitely in the upper echelon of Kansas City 'que! I... Read more

Amazing!!! Yes amazing! I travel all over America and have tasted BBQ in many places...Yes, including Texas and this place bets them all "hands down ". I will make this 100% a regular stop when... Read more

Best brisket ever. Friendly staff and worth the money That's all I have to say about that Read more