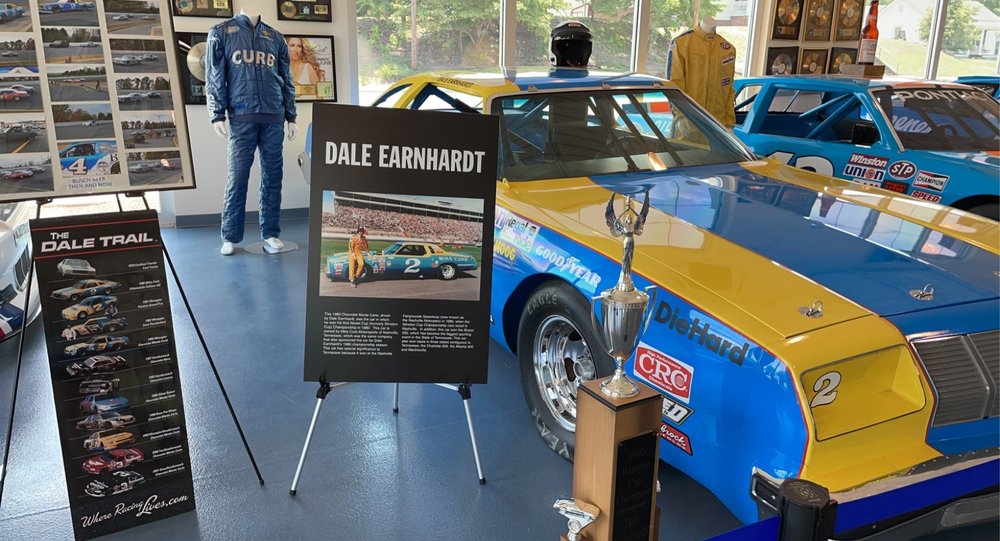 Curb Motorsports Museum is a museum that represents two business interests and passions of owner Mike Curb. A long-time motorsports enthusiast, Curb is the owner and founder of a country music record label. Over the years, Curb has owned cars driven by NASCAR legends including Dale Earnhardt, Richard Petty, Dale Jarrett, Ron Bouchard, and Johnny Sauter. The museum showcases NASCAR, IndyCar and modified race cars, as well as LeAnn Rimes’ very first car, a 1995 black Dodge Viper. Two rare glimpses of NASCAR history are on display front and center in the new museum’s street-side windows – the #2 car Dale Earnhardt drove in his first Winston Cup Championship and the #43 car Richard Petty drove in his 199th Winston Cup win – sister-car to the one Petty drove in his 200th Winston Cup win that now resides at the Smithsonian Museum in Washington, DC. Images of popular recording artists cover the museum’s walls, stand on life-sized cardboard cut-outs and even appear on the hoods of a few race cars. Displayed among the auto racing memorabilia are gold record awards, autographed posters from country and pop superstars and tons of photos of recording artists.

If they are open this museum is worth the stop. Lots of old racing cars and many hall if fame musicians Read more

Stopped in here with my wonderful boyfriend on the way to Atlanta, GA. Definitely worth the stop. Very interesting and well presented museum. The gentleman who met us at the door was super nice... Read more

As a NASCAR fan I knew Mike Curb and Curb Records had been a part of the sport for many years. What I didn't know until I read it in a local guide book was that they have a building that houses a... Read more