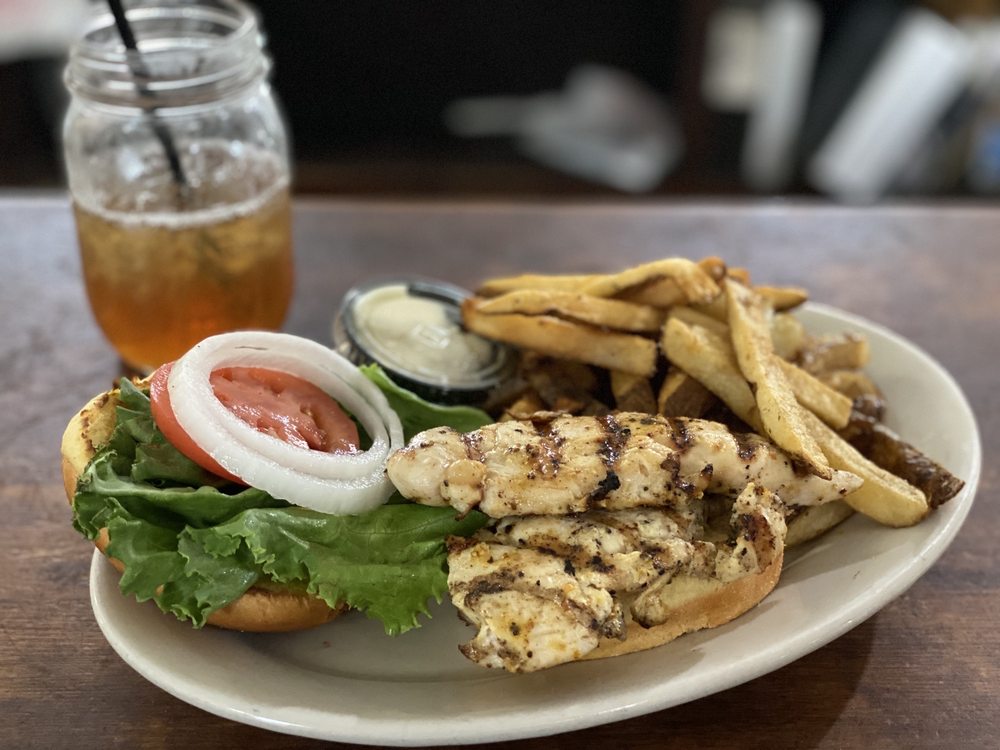 The Whistle Stop Cafe building was built in 1927 by Edward L. Williams, Sr. He ran a general merchandise store there for 45 years and finally closed the doors for good in 1972 simply stating, "I have had enough." While in business, the store sold groceries, staples, gasoline, cattle feed, medicines, clothing and hardware. In Mr. Williams words, "everything from the cradle to the grave." He called everyone "Cuz" and was known to roll the dice to see who paid for the Coca-Colas™ Mrs. Williams, known to most as "Miss Lillian", helped run the store and also raised five boys and a girl. All of the children helped in the store until they went off to school or to the service. The store was probably one the last of it's kind that delivered the groceries and also allowed folks to "charge" them; keeping a running tab. An antique file system loaded with old yellow tickets from the past along with the meat block, cash register, meat scales, wood heater, safe, and other smaller items remain in the cafe today. The store was rented out for a while as a timber consultant/real estate office and then as an antique shop before the filming of "Fried Green Tomatoes". The store played a major role as "The Whistle Stop Cafe".After the filming, Robert Williams, who had inherited the building, decided to make it into a real cafe and formed a partnership with friend Jerie Lynn Williams. Together they started the "Original Whistle Stop Cafe."

I'm more of a 3.5 here; I'm not sure if the success of this cafe is because of the connection to a 30 year old movie, but bless their hearts. Firstly, the grub's not made from scratch. These days... Read more

I drove from Mississippi back to Virginia Beach. This was about 40 min off the beaten path. Was it worth the detour yes. Because now I can say I was there however, def was not a fan of the fried... Read more

Reviewed by
Dixie B.

Stopped in to have some fried green tomatoes and e fed up having those plus a plate of country fried steak, fried okra, and mashed potatoes. Our server was amazing. He knew what we needed a... Read more