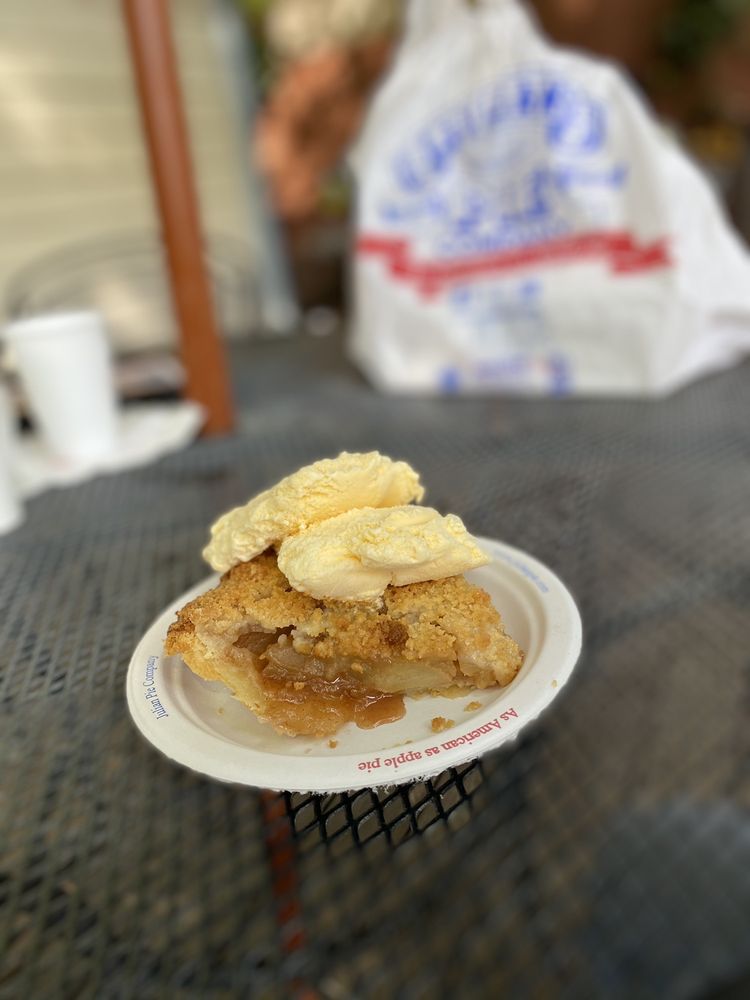 The Julian Pie Company became a reality for Liz Smothers in September of 1986.  It all started when she and a neighbor began peeling apples for a local pie shop where she was soon employed to bake and sell pies.  Tim, her son worked after school rolling dough.Recognizing her expertise, two other pie shops hired her to bake for them.  While Liz enjoyed the activity and baking for the pie shops, she had a desire to be creative on her own and not merely bake someone else's pie.  With the assistance of a friend and emphasis on quality control and clean, neat surroundings, the Julian Pie Company began.In 1989, Keith and Liz purchased an apple farm and with the help of son Dan, 17,000 trees were planted to supply fresh apples for the pie shop.  While the orchard occupied much of Keith’s time, Liz’s expertise was in the kitchen ensuring quality control.  Her goal was to produce a pie that would capture the essence of the small mountain town of Julian.Being the youngest of eight children, Liz attributes the love of pie making to her mother.  "One of my fondest memories is standing on a box beside my mother putting leftover pie dough in a metal jar lid to make a pie."  Today she attributes the success of the pie shop to her dedicated team of bakers and staff.

I don't normally like pies but I LOVE these ones. That's saying something! .........(nuff said, trying to meet the min character count lolz) Read more

The Julian Pie Company is a legend now, in my mind. I had my mind blown by their strawberry rhubarb pie. Perfect bitter and sweet combo with a good crust and a full pie costing just twenty... Read more

Reviewed by
Alexia B.

Classic and delicious. Every time I visit family in California I want to make a trip to Julian. Not only is it a cute old western looking town, but it's home to the most delicious pies at Julian... Read more