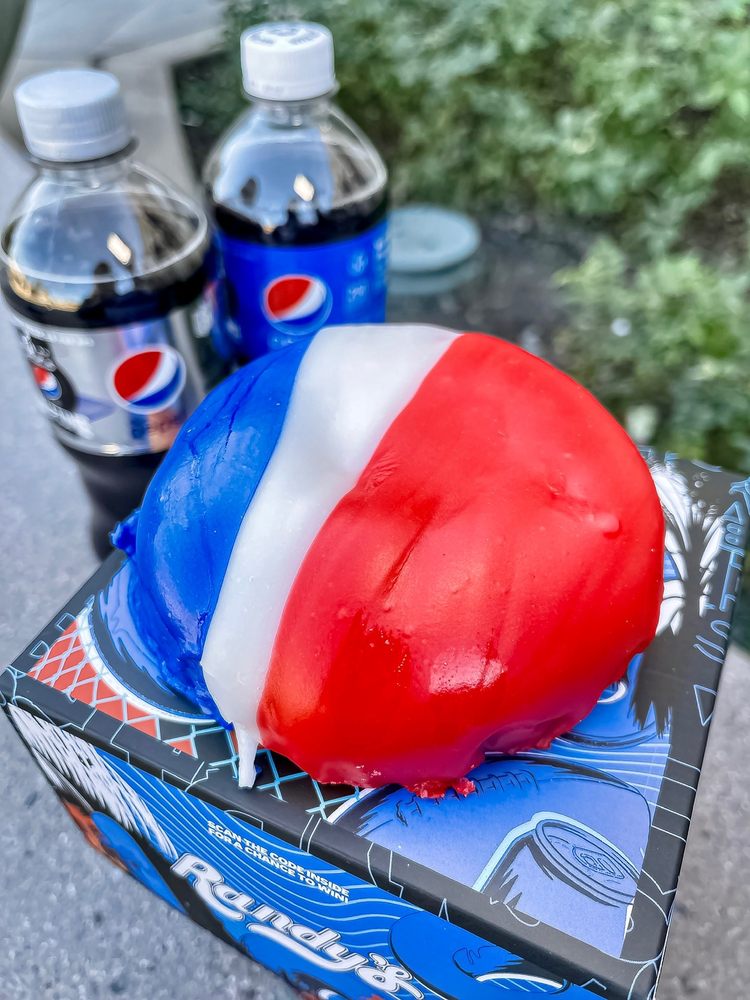 “The world's most famous donut!”

Randy's Donuts is a landmark building in Inglewood, California, near Los Angeles International Airport, in a style that dates to a period in the early 20th Century that saw a proliferation of programmatic architecture throughout Southern California. This style had its heyday from the mid-1920s to the mid-1930s. By the 1950s however, the trend of designing structures in the shape of the product sold there had changed to focus on signs rather than architecture itself. In the case of Randy's, the product in question is represented by a giant doughnut on the roof of an otherwise ordinary drive-in that is a dedicated doughnut bakery. The building was designed by Henry J. Goodwin. The building was featured in the films Earth Girls Are Easy, Mars Attacks!, The Golden Child, Into the Night, Stripped to Kill, Problem Child 2, Breathless, Californication, California Girls, 2012, Iron Man 2, "Get Shorty", Volcano, Crocodile Dundee in Los Angeles, Escape from Petropolis, and Love Letters. It can be seen briefly with other world-famous monuments in the Futurama episode "When Aliens Attack." It has also been featured in the music videos for Randy Newman's "I Love LA" and The Prodigy's "Wind It Up". As well as in the music video for Red Hot Chili Peppers' "Californication." Similar buildings with giant donuts, under different names, are featured in the video games Midnight Club: Los Angeles, Need for Speed: Most Wanted and Grand Theft Auto: San Andreas as well as in "Marge vs. the Monorail", an episode of The Simpsons.

Super disappointing. These donoughts used to be top notch. Now they taste like a vat of old fry oil. I work by the OG Randys so we have them in the office a couple times a month. The last 2... Read more

I always pass by here and see the giant donut on the roof, and every time I'm always hungry and can't eat at that moment because I'm rushing to work. But even though I was 30 minutes late once, I... Read more

MAPLE BACON DONUT PLEASE! The batter and rising of the donuts make one SPECIAL SWEET donut. They have many toppings to select but my all time favorite is the maple bacon donut.... Read more