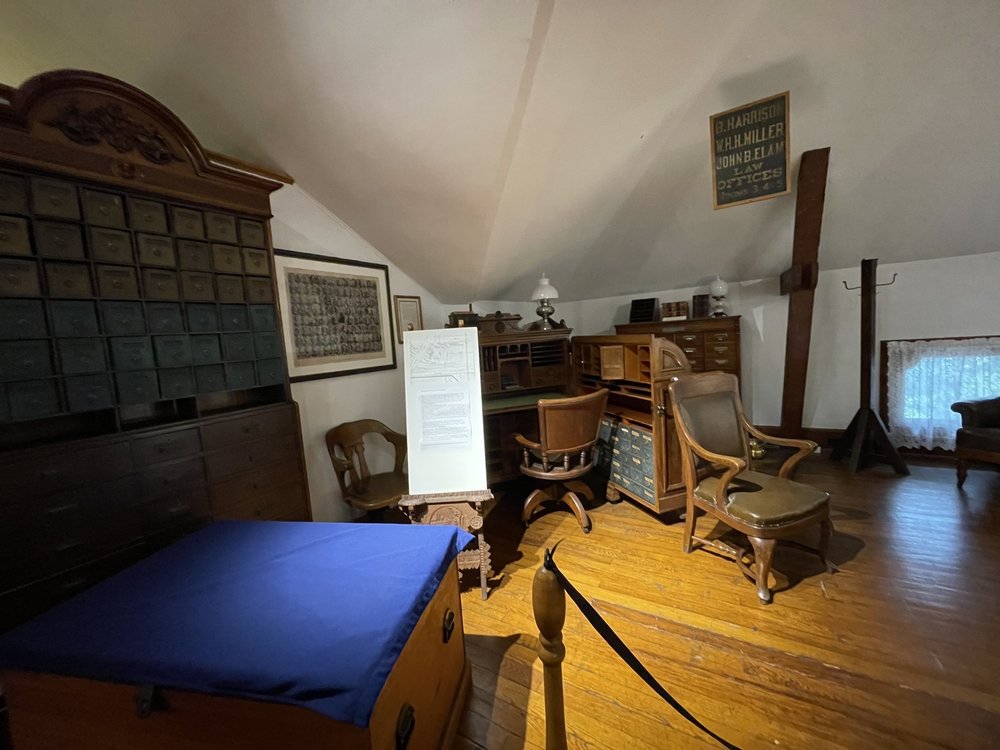 “The legacy of the 23rd President”

The mission of the Benjamin Harrison Presidential Site is to increase public understanding of, appreciation for, and participation in the American system of self-government through life stories, arts and culture of an American President. The Benjamin Harrison Presidential Site is a not-for-profit, tax-exempt organization dedicated to maintaining and preserving the Site as a museum and memorial to the only U.S. President elected from the State of Indiana.  Open to the public as an educational and historical service, the Site seeks to promote patriotism and citizenship through appropriate educational activities and by artfully exhibiting the Victorian time period as Harrison and his family might have experienced it.  We are proud to be designated a National Historic Landmark by the U.S. Department of the Interior. Benjamin and Caroline Harrison built the home in 1874-1875.  Harrison lived in the home until he died in 1901, except for his U.S. Senate and presidential years.  His family continued to live in the home until 1913.  His second wife, Mary Lord Harrison, made the home a rental property until 1937, when she sold it to the Jordan Conservatory of Music with the understanding the the home and its artifacts would be forever preserved.  The school used the home as a dormitory while maintaining certain rooms as presidential museum space.  In 1966, a not-for-profit operating foundation was established to run home as a historic site open to the public.  From the 1950s until 1974, tours were by appointment only.  After a 1974 renovation, the entire home was opened for regular daily tours.

Reviewed by
Andrea U.

Admission was $12 reduced for students & seniors. Nine of us were led through the house. This is considered the most preserved presidential home had 16 rooms & fireplaces, 10,000 original... Read more

Amazing history on one of our most unheralded presidents. If your in Indy, please stop by and you won't be disappointed! Read more

Benjamin Harris was our 23rd president, from 1889-1893. Former president Cleveland served before him and then after him (the only president to have served two terms not consecutively, as least for... Read more