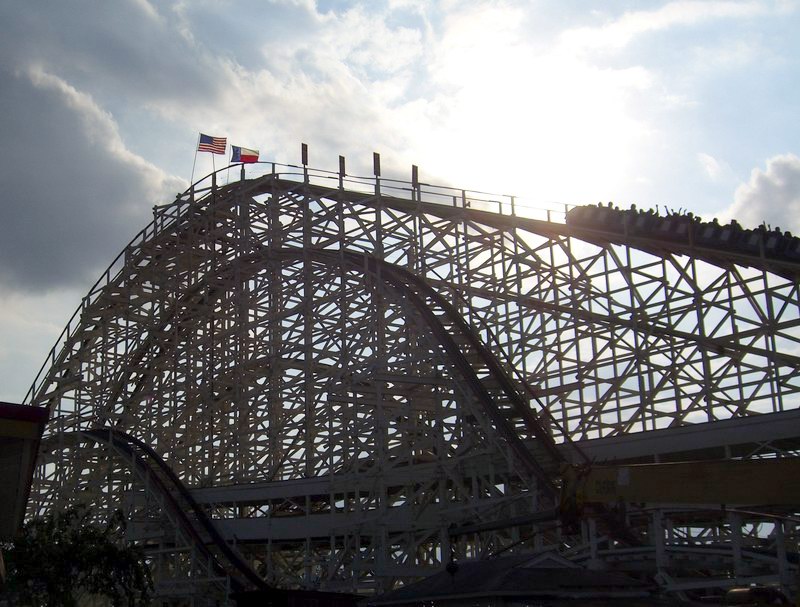 Six Flags AstroWorld was a seasonally operated theme park located on approximately of land (later expanded to over ) between Kirby Drive and Fannin Avenue, directly south of Loop 610 in Houston, Texas. Opening on June 1, 1968, it was originally developed and constructed as part of the Astrodomain, the brainchild of local philanthropist and former Houston mayor Judge Roy Hofheinz, who intended it to complement The Astrodome. AstroWorld was sold to the Six Flags Corporation by the Hofheinz family in 1975. Although the fourth park to be included in the Six Flags family of theme parks, it was the first park to be purchased by that company instead of being built. It was marketed as "AstroWorld: A Member of the Six Flags Family" so as to not confuse patrons with Six Flags Over Texas located in Arlington. Many variations of this naming scheme emerged from the Six Flags marketing department over the years. Despite these attempts at branding the park, most people continued to call it "AstroWorld" and the company eventually responded by making the individual park's name more prominent. Similarly, Fiesta Texas in San Antonio has been marketed as "Fiesta Texas: A Six Flags Theme Park". AstroWorld was permanently closed by the Six Flags Corporation after its final day of operations on October 30, 2005. It was demolished between October 30, 2005 and the first half of 2006 (although parts of WaterWorld were being demolished prior to the final operating day at AstroWorld). The bridge crossing Loop 610 from the park to the parking lot continues to stand and is the last remaining structure from AstroWorld. The area where AstroWorld once stood is still grassland and is used for overflow parking during the Houston Livestock Show and Rodeo.

This place is closed!

Be the first to add a review to the Six Flags AstroWorld.