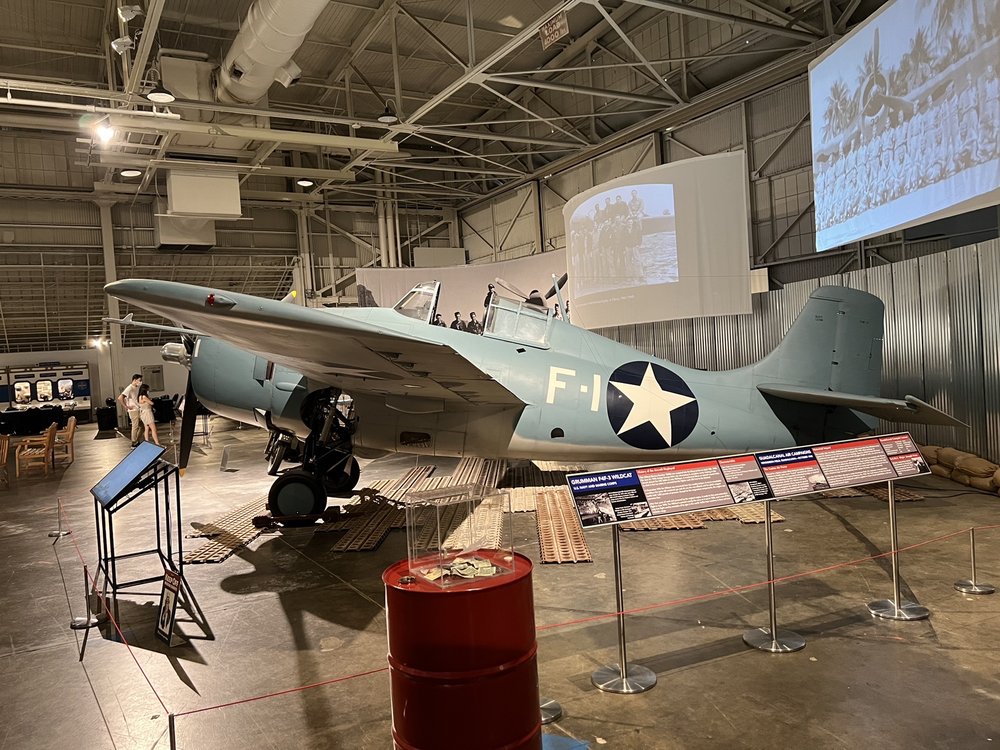 The mission of the Pacific Aviation Museum Pearl Harbor is to develop and maintain an internationally recognized aviation museum on Ford Island that educates young and old alike, honors aviators and their support personnel who defended freedom in the Pacific Region and to preserve Pacific aviation history. Pacific Aviation Museum Pearl Harbor occupies World War II-era hangars that still bear the scars of our nation's first aviation battlefield. See rare aircraft such as a Japanese Zero, an F4F Wildcat, B-25 Mitchell Bomber, F-14 Tomcat, F-15 Eagle, dioramas, videos, and more. Veteran docents bring the history to life.  The Museum attracts visitors from all over the world. Historians, veterans, aviation enthusiasts, school groups, Westbound and Eastbound visitors to O`ahu call it a must see destination. Visitors to the Museum arrive via shuttle at Ford Island, a former Naval Air Station and National Historic Landmark located in the middle of Pearl Harbor. From the island's iconic, 158-foot control tower, to the World War II-era hangars that house the Museum's aircraft collection, signs of the surprise attack are still visible to this day.

If you're going to be touring Pear Harbor, get a shuttle over to see this setup on Ford Island. This is the Navy airfield the Japanese bombed on 12/7/41. If you're military, just use your ID to... Read more

Awesome piece of history here right across the bridge from the Pearl Harbor National Memorial. Do not overlook it. It's on Ford Island and on the lefthand side, look for the air traffic control... Read more

A piece of American History that cannot be missed. Yes, it's another ~$25 per person but worth the price. Dozens of planes to see with plenty of history, stories and artifacts vital to the... Read more