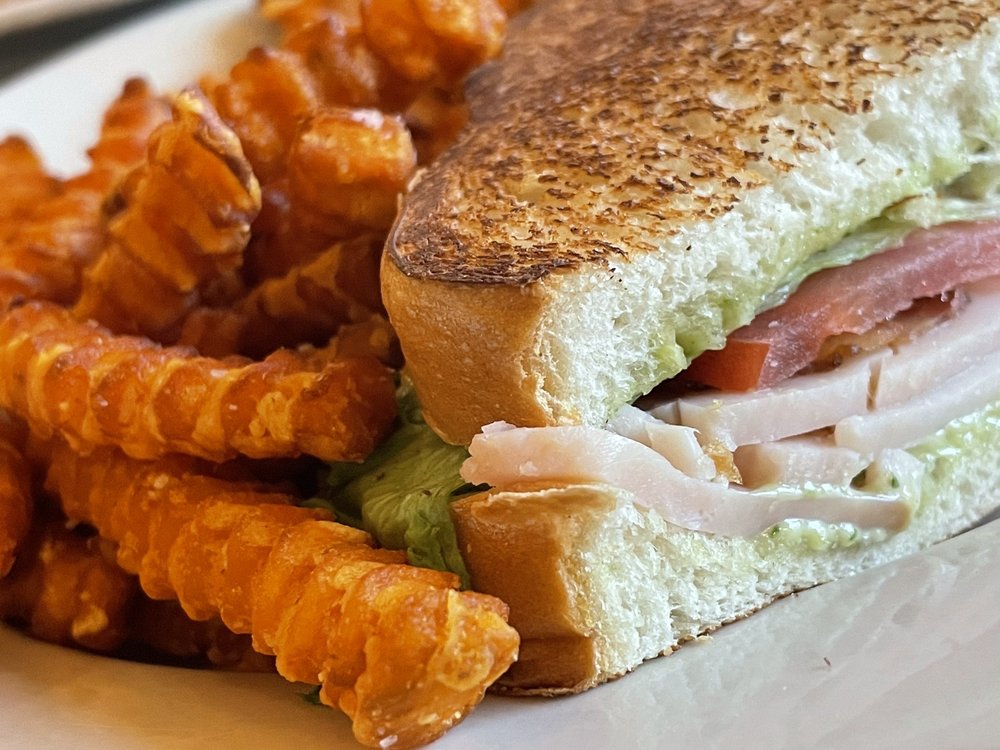 A great brewery with great beer, great food, great atmosphere. Very neat looking place with a very neat German menu. Only a few miles off I-70.  A native of the rural western Kansas community of Brownell, Gerald Wyman and his wife, Janet, raised two daughters and lived the typical rural farming and ranching lifestyle. But following his children’s graduation from high school, Gerald sold the cattle and leased the land. All for his love of beer. It wasn’t a side effect of empty-nest syndrome or a midlife crisis. Janet, who endured her husband’s brewing experiments in her kitchen for years, finally banned Gerald’s brewing operations to the garage where he set up a larger operation and brewed the first of his award winning home brews. Realizing Gerald had a great talent, the couple decided to open a microbrewery in nearby Hays. The Wymans planned to open their microbewery in a strip mall. That is until they met Chuck Comeau. Chuck is a rural entrepreneur whose innovative talents led to the creation of the Dessin Fournir Companies, six luxury goods firms whose clientele includes Hollywood’s elite, media moguls and royalty. Like Gerald, Chuck had previously tried his hand at the traditional rural Kansas markets of oil, cattle and banking only to realize and follow his own passion for design. His furniture company quickly grew into one of the top five home furnishing firms in the nation. Chuck moved the corporate headquarters to his hometown of Plainville, Kan. where he transformed abandoned downtown storefronts into offices, warehouses and design studios. His passion for design and architecture carried over to Hays’ downtown and he formed Liberty Group, the primary developer for the Chestnut Street District. Along with 53 local investors, Gerald and Chuck brought Hays, Kansas its own microbrewery and diner in the summer of 2005. Four months later, Gerald entered his first professional brewing competition, the renowned Great American Beer Festival (GABF) winning the first of nine GABF medals including back-to-back gold medals for Lb.’s No. 50 Liberty Stout in 2009 and 2010. Also in 2010, he earned a Gold World Beer Cup Award for Lb.’s No. 06 Oatmeal Stout. In 2013, the brewery and Gerald were named Small Brewpub and Small Brewpub Brewer of the Year at the 27th annual GABF, the first Kansas brewery to receive the honor.

Passing through Kansas we decided to stop in the cool little town of Hays and have lunch at this outrageous diner/brewpub, and I am so glad that we did. The place has a great pub atmosphere, and... Read more

Stumbled on Gellas while pulling off trying to find something to eat. German Cuisine okay cool I'm in! Parking they do offer a lot on the side of the building or street parking. We went around... Read more

Reviewed by
Ruth B.

Loved this spot in the middle of a very pretty downtown Hays. We started with the bread appetizer, Gella's Grebble, served with maple syrup or pesto. Think of fried bread or non-sweetened donuts.... Read more