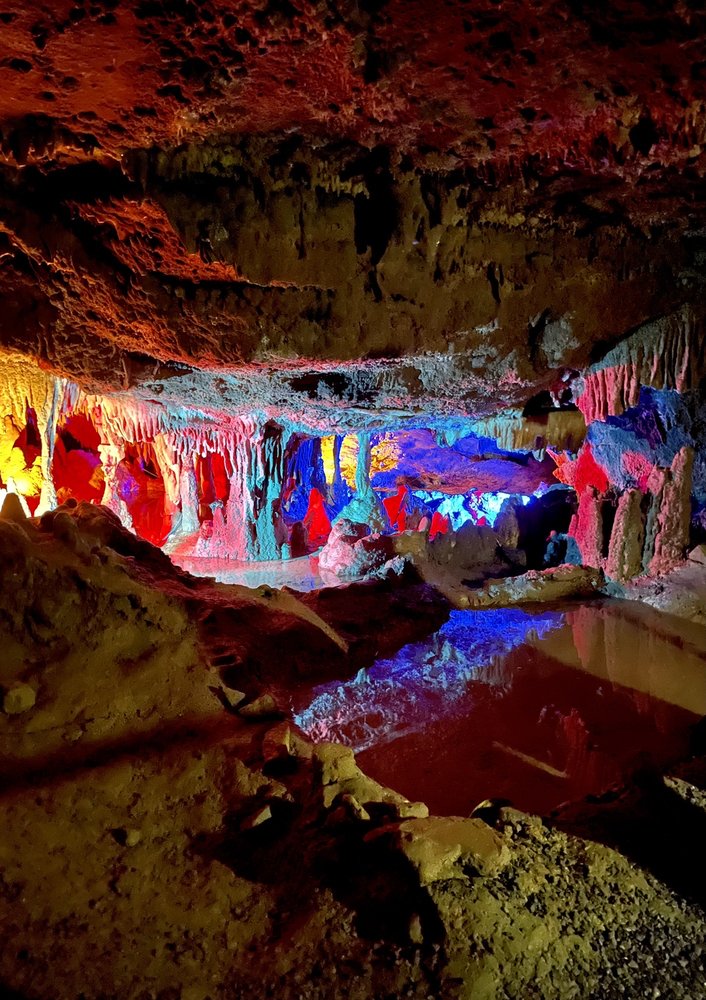 Grand Caverns was discovered in 1804 by Bernard (Barnette) Weyer while trying to retrieve one of his traps. Weyers Cave opened for tours in 1806, making it the oldest continually operating show cave in the U.S. The caverns were also called the Grottoes of the Shenandoah until named Grand Caverns in 1926. Grand Caverns was declared a National Natural Landmark in 1973. In 1974 the caverns and surrounding acreage was gifted to the Upper Valley Regional Park Authority by its then owner Gladys Kellow and became known as Grand Caverns Regional Park. On October 1, 2009, the Town of Grottoes took possession of its namesake caverns, and consequently, the UVRPA will dissolve.

Anna, our tour guide was spectacular! This was a wonderful tour & definitely worth the stop. Beautiful park to explore while you wait for the tour to begin, too. We especially loved the... Read more

Don't sign up for the last tour of the day. Someone who works there called up to where we were waiting to start the tour. It sounded like a hand radio, and we could hear the entire conversation.... Read more

First off, this is a guided tour. I didn't realize that when I booked it but it is and the guides are GREAT so please bring tip money! Our guide was Ashley and she did an excellent job of... Read more