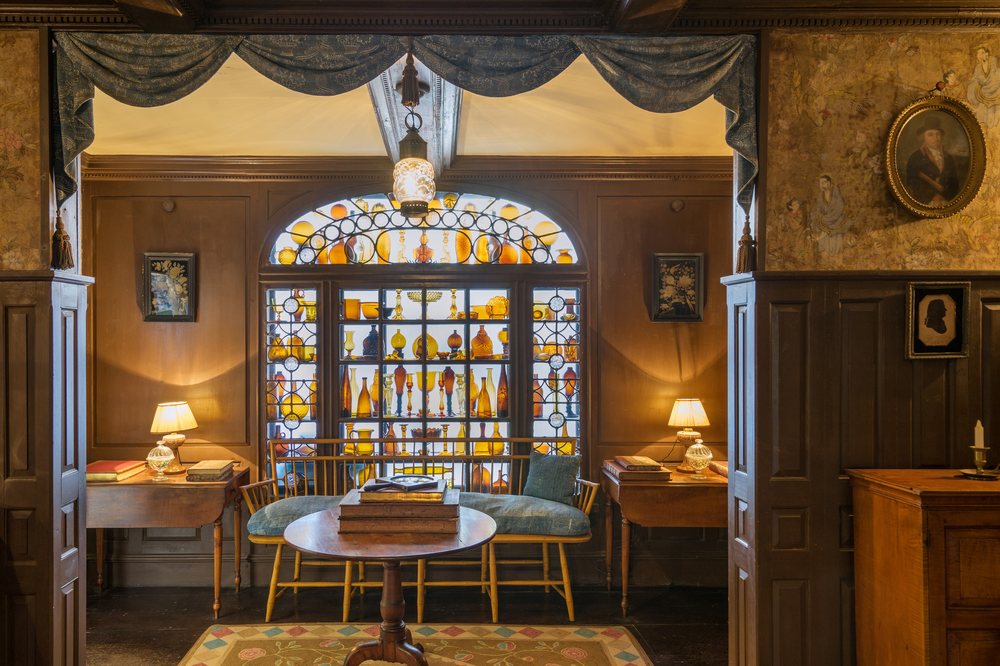 “The home of one of america's first interior designers”

Beauport, the Sleeper-McCann House, was the summer home of one of America’s first professional interior designers, Henry Davis Sleeper. Perched on a rock ledge overlooking Gloucester Harbor, Beauport became Sleeper’s retreat, backdrop for entertaining, professional showcase, and an inspiration to all who visited. After Sleeper’s death, Beauport was purchased by Mr. and Mrs. Charles McCann, who left most of Sleeper’s arrangements and collections intact. The interior and exterior of the house contain Sleeper’s lifetime collection of curiosities, colored glass, folk art, china, and silhouettes in every nook and alcove. Each of the forty rooms is distinguished by a historical or literary figure, theme, color, shape, or object. No two rooms are the same, with each more visually dazzling than the last. The house is framed by newly restored Arts and Crafts-style terraces that include intimate garden rooms with dramatic views of the harbor. Visitors to Beauport learn about its architectural evolution, the sources of Sleeper’s inspiration, and how he influenced other designers and popular taste. Get to know Sleeper; his housekeeper, Mary Landergan Wonson; Beauport's second owners, the McCanns; and the house's many colorful guests, who became an integral part of Sleeper’s life.

Reviewed by
R B.

snippy dude at the desk tells me that i had to book online. ok fine, but u don't have to snap at me. you lost $$$ that day. Read more

Beauport, the Sleeper-McCann House, was the summer home of Henry Davis Sleeper, considered one of the first American professional interior designers. Tours are on the hour, and our tour guide was... Read more

This place was really neat and I basically ended up there randomly when I was poking around in the area. I managed to show up just as a tour was starting, but I did get to see the pretty garden on... Read more