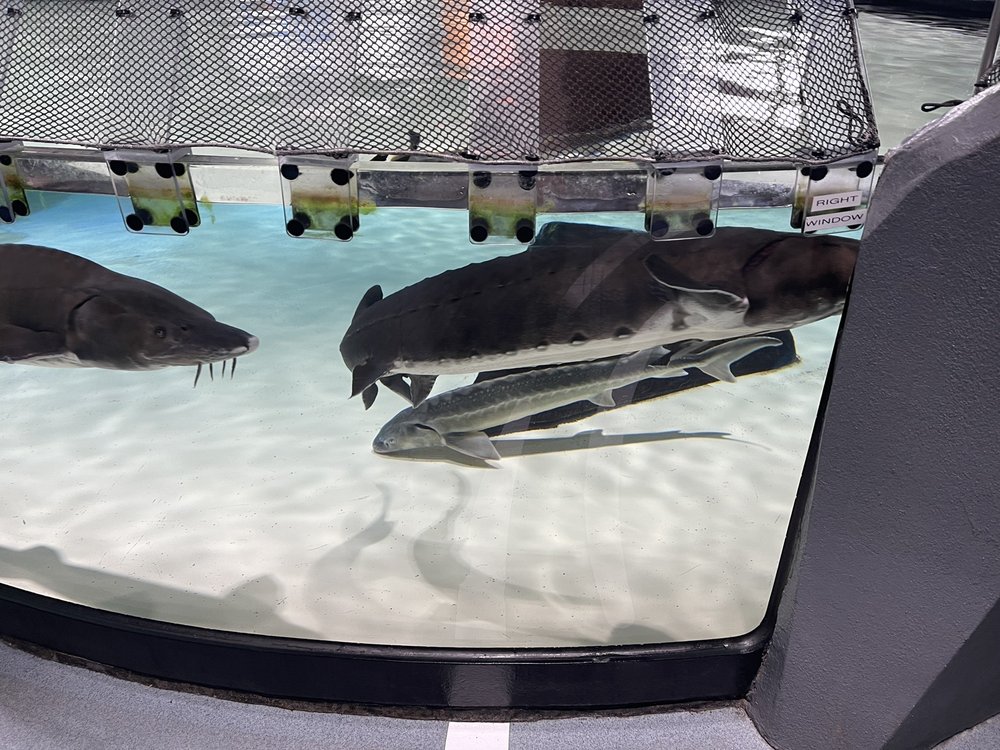 Great Lakes Aquarium is one of few aquariums in the United States that focuses on freshwater exhibits (the Tennessee Aquarium is another example). It is housed in a three-story building in Duluth, Minnesota on the shores of Lake Superior and has numerous large and smaller satellite tanks that comprise the 120000 gallon facility. Construction took 3.5 years and cost around $34 million.

Reviewed by
Michelle A.

A day/night in Duluth and its cold outside. The aquarium wasn't far from Northern Waters Smokehaus. $5 to park. There are fresh water fish, baby alligators and my favorite otters. The otters... Read more

A great indoor activity for the whole family. Lots of different exhibits and underwater creatures as well as a few raptors to check out we love the space between exhibits, the views of the harbor... Read more

This was my kids' favorite activity while in Duluth. And to be honest, probably my husband's and mine as well as it equates to two hours of entertainment for my four year olds. The price is a... Read more