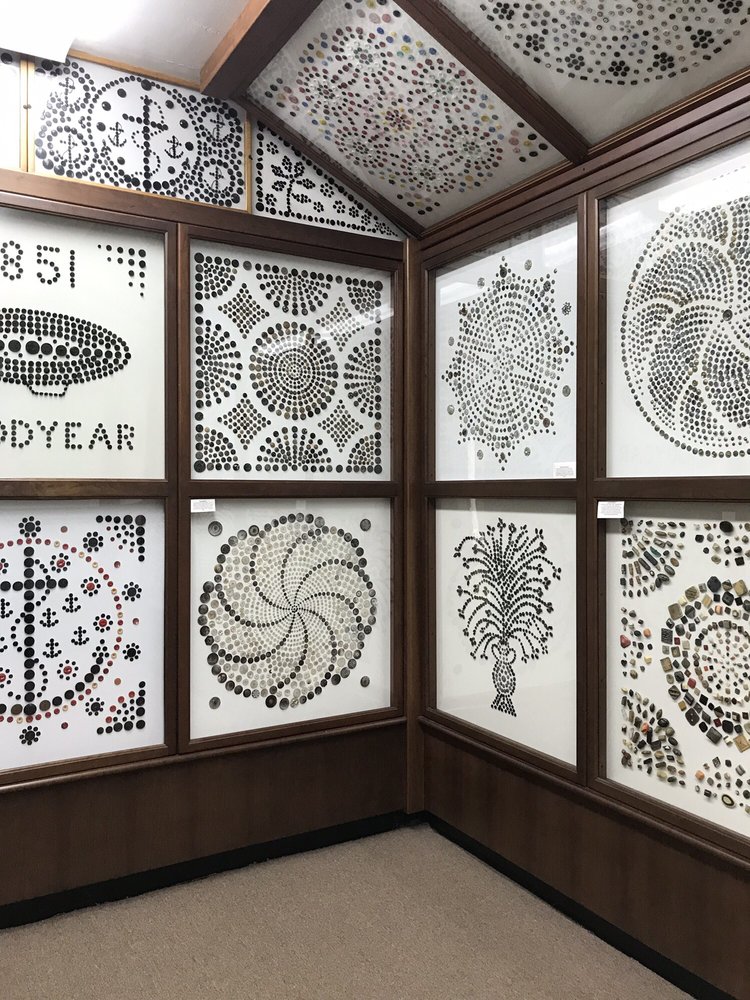 “dedicated to the world's master carver”

Today, second, third and fourth generation family members have expanded their Swiss chalet-style museum into an amazing state-of-the-art facility. It showcases the 64 ebony, ivory and walnut train carvings created by Ernest “Mooney” Warther, a one-of-a-kind collection that has been appraised by the Smithsonian Institution as a “priceless work of art.” The original workshop, built in 1912 is still used by family members. Mooney’s son, David and grandson, Mark may be seen at times carving in the workshop or creating wooden pliers for visitors. This old shop is adorned with over 5,000 arrowheads. In the summer months, stroll through the Swiss-style flower garden’s to Frieda Warther’s Button house that holds a collection of over 73,000 buttons arranged in beautiful designs on the walls and ceiling. There is even a button from Mrs. Lincoln’s inaugural dress and a collection of original Goodyear rubber buttons. Today, the Warther family also continues to make Kitchen cutlery; Early in Mooney’s carving career he discovered the importance of knives that would hold their edge against hard surfaces such as ebony and ivory. Unable to find carving knives of such quality, he decided to make his own. His mother complained about never having a sharp paring knife. So he developed his own techniques for tempering and sharpening a steel blade that would keep its sharp edge. Thus, out of necessity, came the world’s finest kitchen cutlery. Today, the Warthers are in their fourth generation of knife makers, who still produce outstanding kitchen cutlery with the same expertise and fine craftsmanship.

This is a must see. This is without question the coolest museum I have just stumbled upon from a sign on the side of the highway. I was amazed by his early works and then just utterly blown away... Read more

My family have been coming to the area for a few years now but had never made it to this museum before. I can say without a doubt it's become one of my favorite places on the area. The skill and... Read more

I didn't go through the museum but I went to the Gift shopping and the knife store. We ended buying some stuff. The staff could not have been friendlier. I was very happy. Read more

The Warther Museum and Gardens