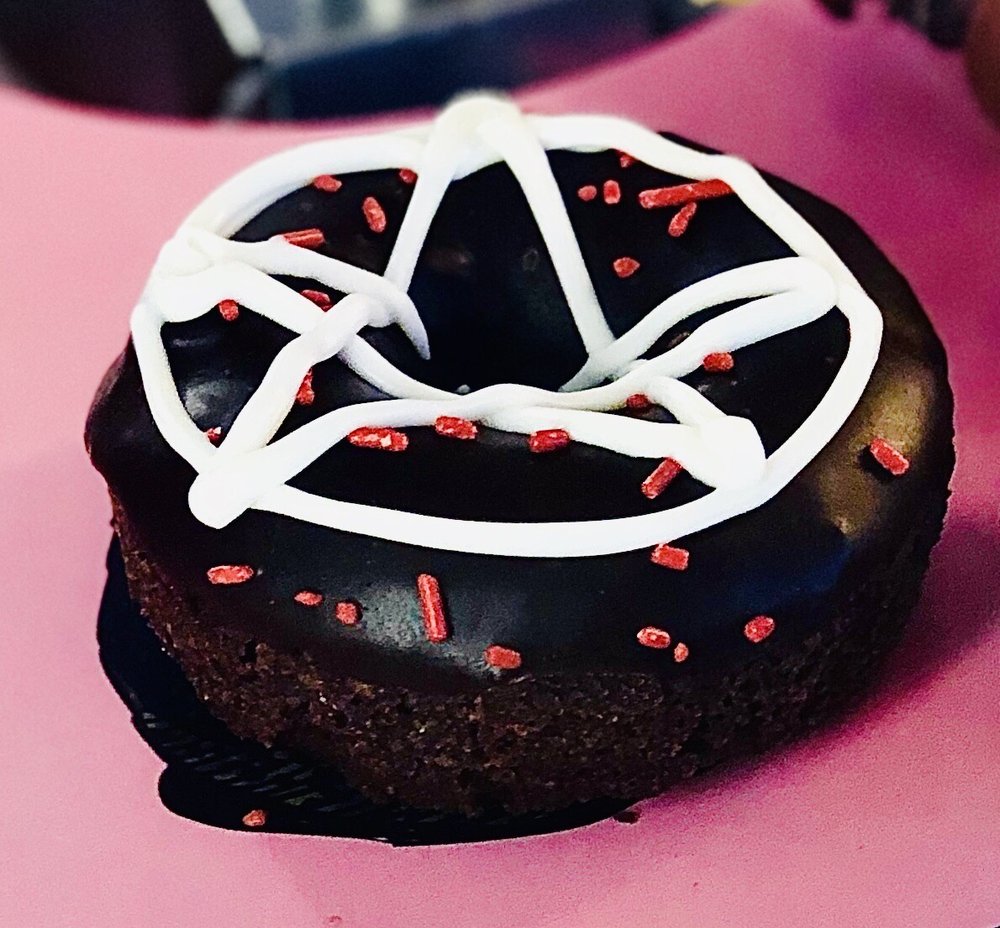 Kenneth "Cat Daddy" Pogson and Tres Shannon have been friends for awhile. They always wanted to start a business together. Something that would fit into an extraordinary Portland business climate. Something fun, different, and one for the ages. After much searching under rocks, tequilas, and women's blouses, they found what they were looking for... doughnuts!! Cat Daddy with his stunningly brilliant business sense, and Tres with his seemingly endless supply of connections, set forth to conquer Old Town, Portland, and the world!! After a meeting with some Armenians and drumming masters, they were ready to set up shop in the "crotch" of Portland --- Old Town. There was only one problem, neither Cat Daddy nor Tres had ever made doughnuts before! They set out for the sunny Los Angeles suburb of Pico Rivera, California, where they met up with some doughnut masters, and learned about doughnuts from the ground up. These old, grizzled doughnut veterans knew what they were doing and were barely willing to give up their trade secrets at first. But the charm and good looks of our Portland heroes eventually won over the doughnut masters, and the secrets were revealed to them. Learning when to throw the flour, proper handling of a rolling pin, the intricacies of an old fashion, the "flip," and countless other tricks of the trade were now in the hands, minds, and notebooks of Cat Daddy and Tres. Their original Portland location was so popular, they decided to open another in the heart of Denver!

This is like voodoo if a corporation ran it; everything is clean, the workers are sort of goths/punks but pretty sure it's their egos personification of what they think they are. It's not shitty... Read more

I was looking for a donut place because the girls wanted donuts. Voodoo Doughnuts was highly recommended. They had a large variety and seemed to be making lots of small batches to keep things... Read more

Best doughnuts ever. I personally love the voodoo doll but something for everyone. Would definitely recommend it. Read more