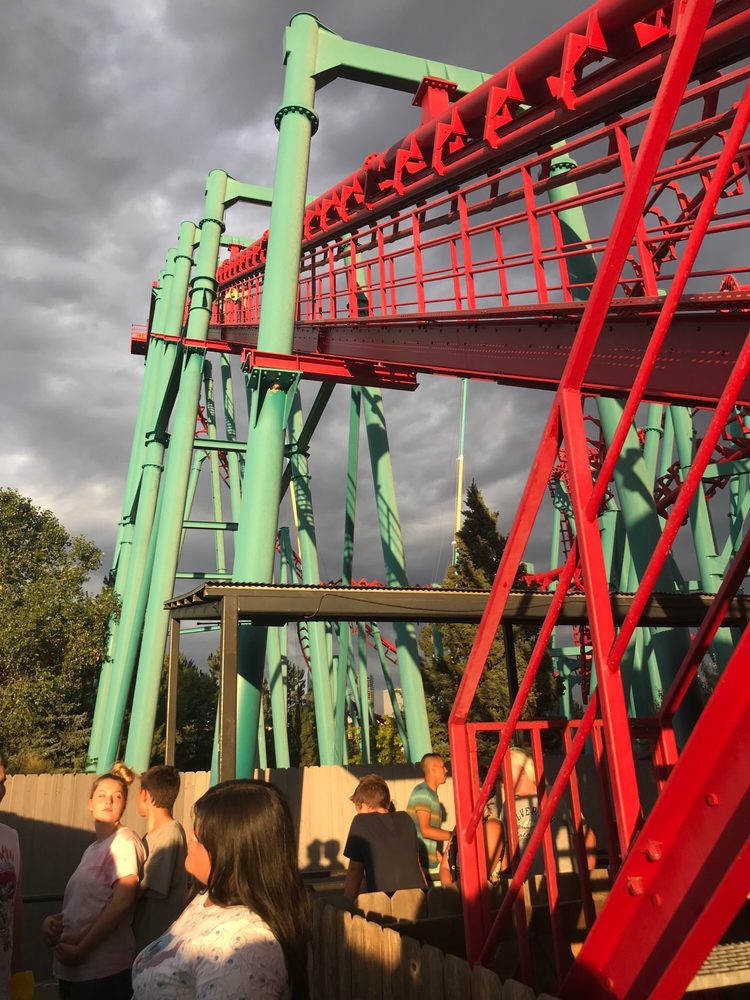 Elitch Gardens was a family-owned seasonal amusement park, theater, and botanic garden in the West Highland neighborhood of Denver, Colorado, United States at 38th and Tennyson streets. For more than a century Elitch's was one of the most popular entertainment destinations in Colorado. It was nationally known for its lush gardens, the Trocadero Ballroom, the Theatre at the Gardens and the premier wooden roller coaster, Mister Twister. The park moved to downtown Denver in 1994 and later became Six Flags Elitch Gardens (now simply Elitch Gardens once again). The former location has been redeveloped. Elitch's Zoological Gardens opened May 1, 1890, on 16 acres (6.5 ha) of former farmland bought by John Elitch and Mary Elitch. It was the first zoo west of Chicago, and it offered the Denver community a unique cultural experience. Mary Elitch Long managed the park for 26 years following John's death in 1891. Mary Elitch was the first woman to own and manage a zoo. P. T. Barnum donated many of the animals. One of the bears was famous for dancing a waltz when the band played. The Elitch Theatre (1890) became home to the oldest summer stock theater in the country starting in 1893 and continuing to entertain until it closed in 1991. The building was site of the first films exhibited in Colorado (1896). Many famous actors and actresses from New York and Hollywood performed on the Elitch Theatre stage. Offering New York wages, the theatre booked big stars for generations. Today the theatre is still standing at the original park site. The park's first roller coaster, a Toboggan Figure 8, opened in 1904. The park's original carousel, built by Philadelphia Toboggan Company, was added in 1906. The carousel remains in operation today as the Kit Carson County Carousel in Burlington, Colorado.

Elitch Gardens is mediocre at best, and not at all worth the price you pay. Tickets for a single day pass are quite outrageous ($69), paired with the price of parking ($25), lockers ($17 for a... Read more

Y'all. Elitch Gardens is so fun!! For those of us who remember running around theme parks as a kid and riding all the rides, this park definitely gives me a great amount of nostalgia. From the... Read more

I've been to this place in the summer which is pretty fun for the hot summers, however, this was our first time coming in December, the holiday Christmas lights were wonderful! My 2 year old... Read more