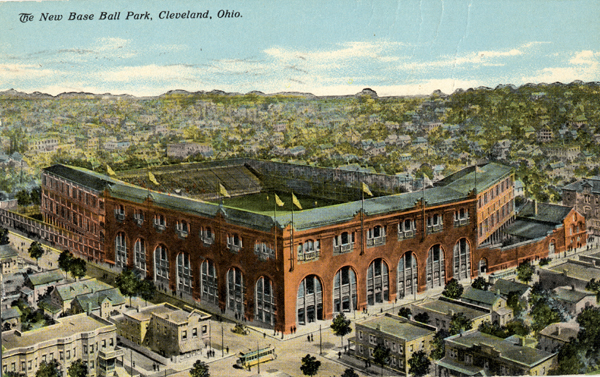 League Park was a baseball park located in Cleveland, Ohio, United States. It is situated at the northeast corner of E. 66th Street and Lexington Avenue in the Hough neighborhood. It was built in 1891 as a wood structure and rebuilt using concrete and steel in 1910. The park was home to a number of professional sports teams, most notably the Cleveland Indians of Major League Baseball. League Park was first home to the Cleveland Spiders of the National League from 1891 to 1899 and of the Cleveland Lake Shores of the Western League, the minor league predecessor to the Indians, in 1900. In the late 1940s, the park was also the home field of the Cleveland Buckeyes of the Negro American League. In addition to baseball, League Park was also used for American football, serving as the home field for several successive teams in the Ohio League and early National Football League (NFL) during the 1920s and 1930s, as well as for college football. Most notably, the Cleveland Rams of the NFL played at League Park in 1937 and for much of the early 1940s. Later in the 1940s, the Cleveland Browns used League Park as a practice field. The Western Reserve Red Cats from Western Reserve University played a majority of homes games at League Park from 1929 to 1941, and all home games after joining the Mid-American Conference from 1947 to 1949. Western Reserve played many of its big-time college football games at League Park, including against the Ohio State Buckeyes, Pittsburgh Panthers, West Virginia Mountaineers, and Cincinnati Bearcats. Western Reserve and Case Tech often showcased their annual Thanksgiving Day rivalry game against one another, as well as playing other Big Four Conference games against John Carroll and Baldwin-Wallace. Although Cleveland Stadium opened in 1932 and had a much larger seating capacity and better access by car, League Park continued to be used by the Indians through the 1946 season, mainly for weekday games. Weekend games, games expecting a larger crowd, and night games were held at Cleveland Stadium. Most of the League Park structure was demolished in 1951, although some remnants still remain, including the original ticket office built in 1909. After extensive renovation, the site was rededicated on August 23, 2014, as the Baseball Heritage Museum and Fannie Lewis Community Park at League Park.

Be the first to add a review to the League Park.