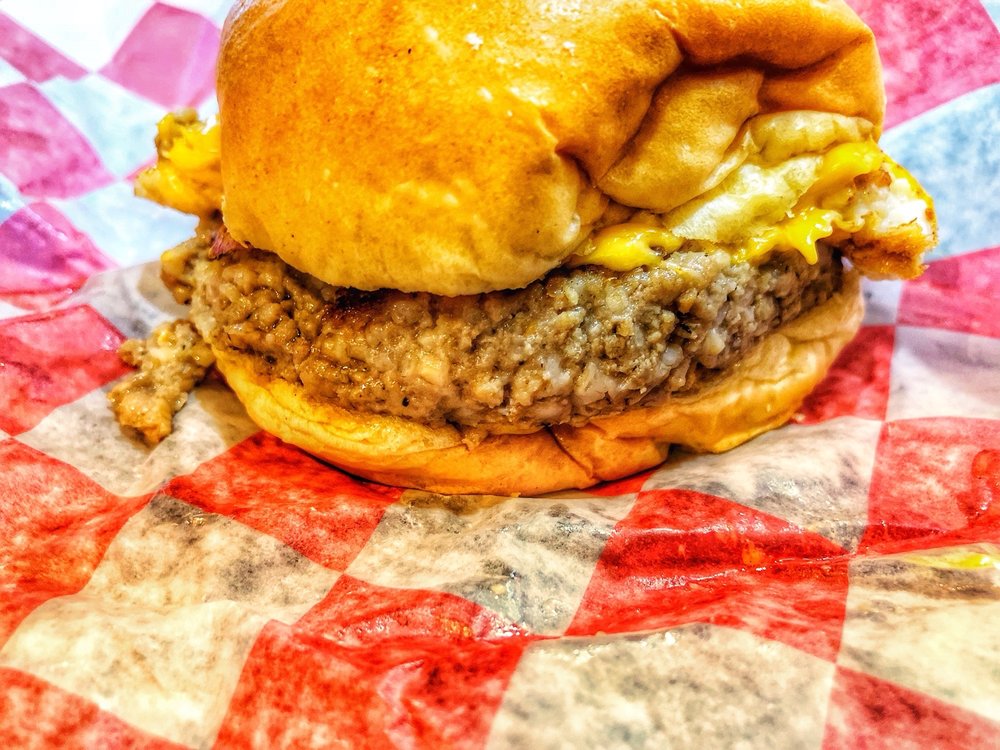 When Findlay Market opened for business in 1855, Eckerlin Meats was there. Until recently, Bob Lillis, Sr. was the fourth generation to run Eckerlin Meats. Bob's great-grandfather, Ernie Eckerlin, came from Baden, Germany. The first Eckerlin Meats was a Cincinnati slaughterhouse that Ernie opened. Ernie expanded the business to include a retail stand at Findlay Market where his daughter, Frieda, worked. She married another Eckerlin employee, Al Lillis. Their son, Bob, continued the business. Bob's six siblings have all been a part of the family business at one point or another while they were growing up. When their dad retired in 1983, it was Bob who carried Eckerlin Meats into its fourth generation. He was 23 years old, and had been behind at the store every Saturday since he was a kid. Today, Bob still offers many favorites enjoyed by his great grandfather's very first customers, including goetta. This local specialty is a mixture of pork, beef, oatmeal, onions, and spices, formed into a loaf and cooked slowly. It's been a part of Cincinnati cuisine since the first German immigrants arrived. Bob makes "Eckerlin's Best Goetta" every day, from a family recipe over one hundred years old. On the label is a turn-of-the-century photograph of his Grandmother Frieda's brother, Adolph Eckerlin, in his Mt. Adams butcher shop. Adolph is dapper in a dress shirt (sleeves rolled up, of course) and necktie underneath his butcher's apron. The sign behind the counter reads "The best goetta in town." It's the best in the world, according to many customers today. Bob ships his goetta all over the U.S. He has customers visiting from Germany, and when they're in Cincinnati, they buy Eckerlin's goetta to take back home. In town, it's been voted "Best Goetta" twice by Cincinnati Magazine. Every week, Eckerlin's sells 300 to 500 pounds of goetta, as lots of local customers continue to cast their votes with their wallets. The store is also well-known for fresh cuts of beef, select pork, and chicken. Other homemade fare includes fresh sausages, braciole, barbecue, and rouladen. Bob, his family, and his employees stuff the chicken breasts, flank steaks, and pork chops themselves. You'll also find choice cuts of low-fat bison meat raised without antibiotics or hormones. Eckerlin's offers several kinds of bacon, including Cajun, country pepper, hickory-smoked, and low-salt.

Reviewed by
Andrea U.

German market has been here for 150 years. The custom made sandwiches look wonderful. Shared pastrami sandwich with water for six dollars can't beat it. The pastrami is warm the brown bread is... Read more

This is one I've really been wanting to hit. As much as I like making breakfast at home on the weekends, a friend posted a while back about the Eckerlin breakfast Goetta sandwich, and I've been... Read more

Best meat, service and buns in the industry!!!!! Great selection of REAL wagyu in the tristate as well, not that knockoff chain stuff! Read more