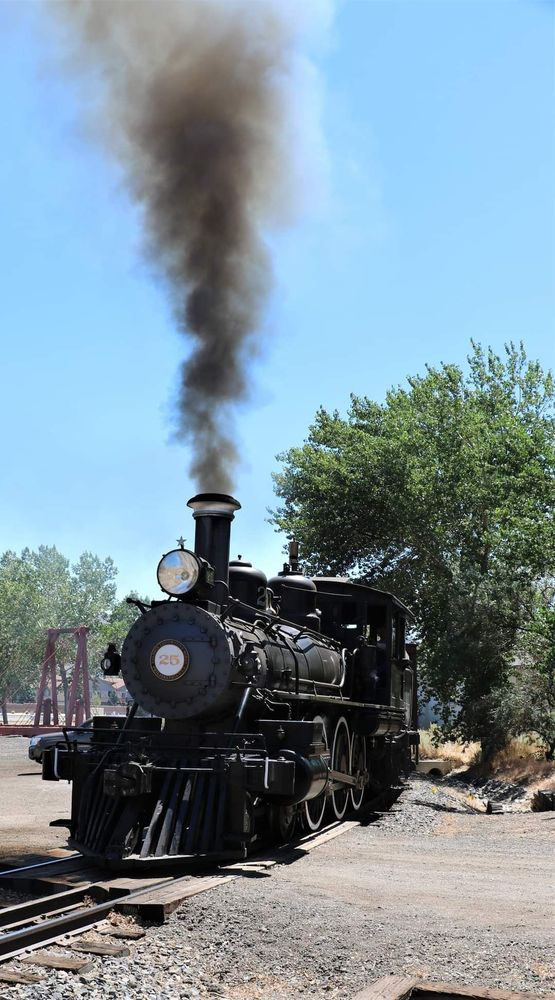 The rich railroading heritage of northern Nevada lives on at the Nevada State Railroad Museum in Carson City. An extraordinary collection of railroad equipment, artifacts and related exhibits portrays how the railroad transformed a hostile territory into an essential contributor to the growing nation in the late 19th and 20th centuries. Visitors can learn the important role played by the world-famous Virginia & Truckee Railroad in obtaining Nevada distinction as the “Silver State.” From mountains of silver to the silver screen, the railroad cars and locomotives on display at the museum have a rich and colorful history. The museum’s signature piece is the magnificent Inyo, one of the oldest operating steam engines in the United States. It became a star in Hollywood, appearing in 29 movies and starring in the Wild, Wild West television series. The museum is home to a large collection of late 19th and early 20th century railroad-related artifacts and records. Enjoy rides aboard restored V&T railcars or the 1926 Edwards motorcar on weekends May through September. Once a year, the Inyo is fired up and brought out on the tracks as part of the museum’s annual Independence Day celebration.

Reviewed by
Craig B.

I had never been to a railroad museum before our visit to the Nevada State Railroad Museum so I didn't know what to expect. I had high hopes. Maybe I should've gone with lower expectations, but we... Read more

Really friendly upon arrival. Very nice and well maintained. Was really surprised to see that we started off on a train platform very beautiful. Once you walk in you can immediately drop down to... Read more

Loads of history in this place. Learn about how Nevada was built by trains and how Hollywood saved the Nevada trains. A lot to look at and see but only one passenger car you can enter. When you... Read more