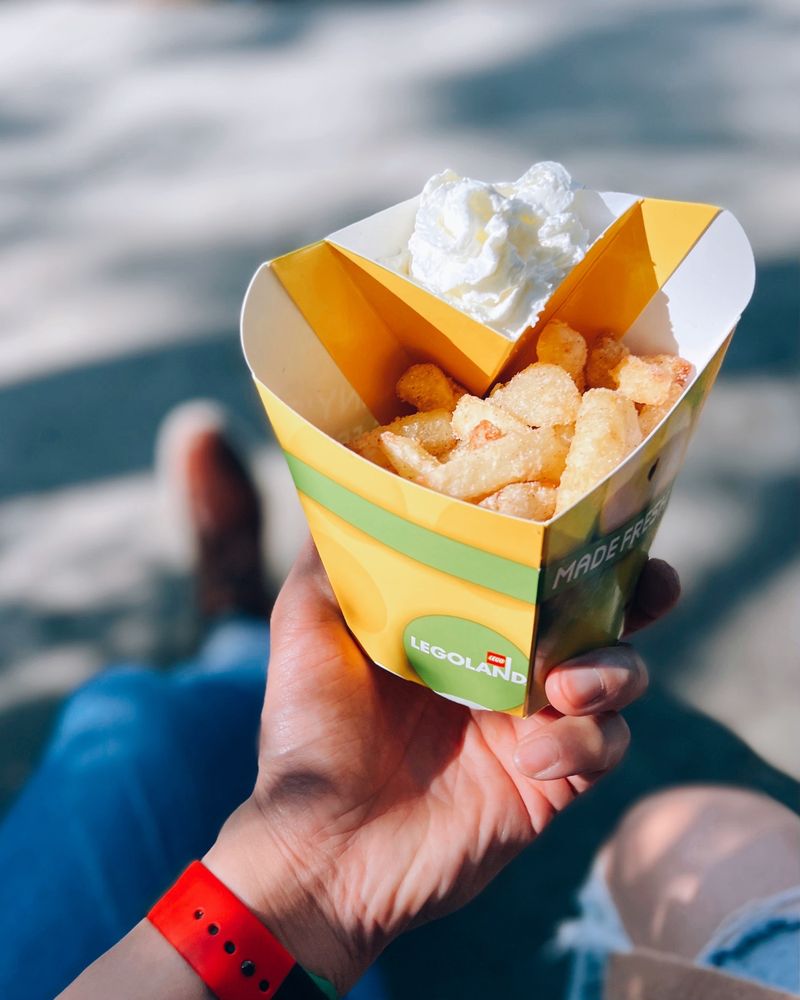 LEGOLAND California is home to more than 60 rides, shows and attractions. Just inside the entrance to the Park, you can't miss the bright red welcoming dinosaur, Bronte, standing nine feet tall and 34 feet long from his nose to the tip of his tail, made completely from LEGO® bricks! It was the increasing interest in the fantastic LEGO masterpieces displayed at the factories that triggered Godtfred Kirk Christiansen's idea of exhibiting the models outside. He originally envisioned just a little garden, where various LEGO models and figures could be displayed, but when work began on the project, it developed and became much larger.In June 1968, LEGOLAND® Billund opened for the first time on a 9 acre site. All buildings, landscapes and vehicles were built using standard LEGO bricks, and the park's success exceeded everyone's expectations - in the first year alone, 625,000 happy visitors were guests at the park! LEGOLAND California is a 128-acre park geared specifically towards youngsters ages two through 12. With over 60 family rides, "hands-on" attractions and shows, LEGOLAND California provides education, adventure and fun in this first park of its kind in the United States.

Legoland is funner for the younger kids. Most of the rides or slow to medium. Nothing too fast. There are a lot of playgrounds throughout the park. My kids seemed to like the playgrounds more than... Read more

Perfect amusement park for little kids! Came here on a Friday and spent the whole day here. The kids had a blast! There were a good variety of rides for ages above 3. Most rides have height... Read more

We came here this week for my 5 year old and 2 year old and 5 month old :)! It was very entertaining for them and perfect for that age range! My 5 year old actually said he loves Legoland more... Read more