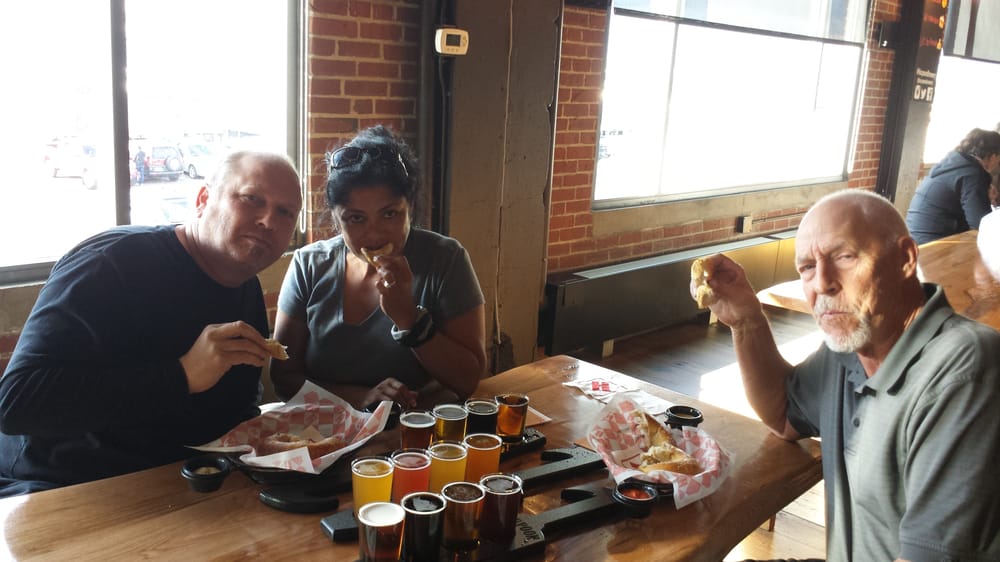 “capturing the spirit of Boston in a beer”

Harpoon Brewery in Boston Harpoon Brewery is an American brewery, with plants in Boston, Massachusetts, and Windsor, Vermont. Founded in 1986, the brewery was the first company to obtain a permit to manufacture and sell alcohol in the Commonwealth of Massachusetts in more than 25 years. In 2000, it purchased the former Catamount Brewery plant in Windsor. As of 2013, it was the twelfth-largest craft brewery and 19th-largest overall brewery in the United States. The brewery is best known for its Harpoon India Pale Ale. It brews multiple other year-round beers including the award-winning Dark, UFO Hefeweizen, UFO Raspberry Hefeweizen, UFO White, Leviathan IPA Rich & Dan's Rye IPA, and Boston Irish Stout, its latest full-time offering. It also brews several house beers at Boston bars, including "Sevens Ale" for The Seven's Ale House in Beacon Hill. Harpoon has four seasonal beers, including an Octoberfest Marzen style Ale and The Long Thaw White IPA. Another line of beers from Harpoon is its '100 Barrel Series', which consists of a number of one of a kind batches. Locally, Harpoon has become famous for their annual festivals that they hold at the brewery. Their St. Patrick's Day, Harpoonfest and Octoberfest festivals have become a staple in the Boston party scene. These events include music, food, and beer. Harpoon also organizes an annual 5-mile run to benefit The Angel Fund and the Harpoon Point to Point to benefit the Vermont Food Bank. Harpoon used to produce several non-alcoholic sodas, including root beer, orange and cream, and cream soda, but ceased production in 2009. However, Harpoon root beer is currently available at both of their breweries.

After yesterday's overcast yet humid 9th annual 5-miler to benefit the Angel Fund ($80,000 raised), I quickly realized that beer isn't the best motivation for completing the race. "Just one more... Read more

Reviewed by
Amy B.

Overall, this is a fun race. I would especially recommend it for beginning runners; the course is slightly (but not too) challenging, and like all Harpoon events, there's a spirit of fun and... Read more

First off, thanks to Yelp and Cape Cod Potato chips for getting me into this race! A couple of tips for runners. If you run at a decent clip try to get to the front of the corral so you can get... Read more