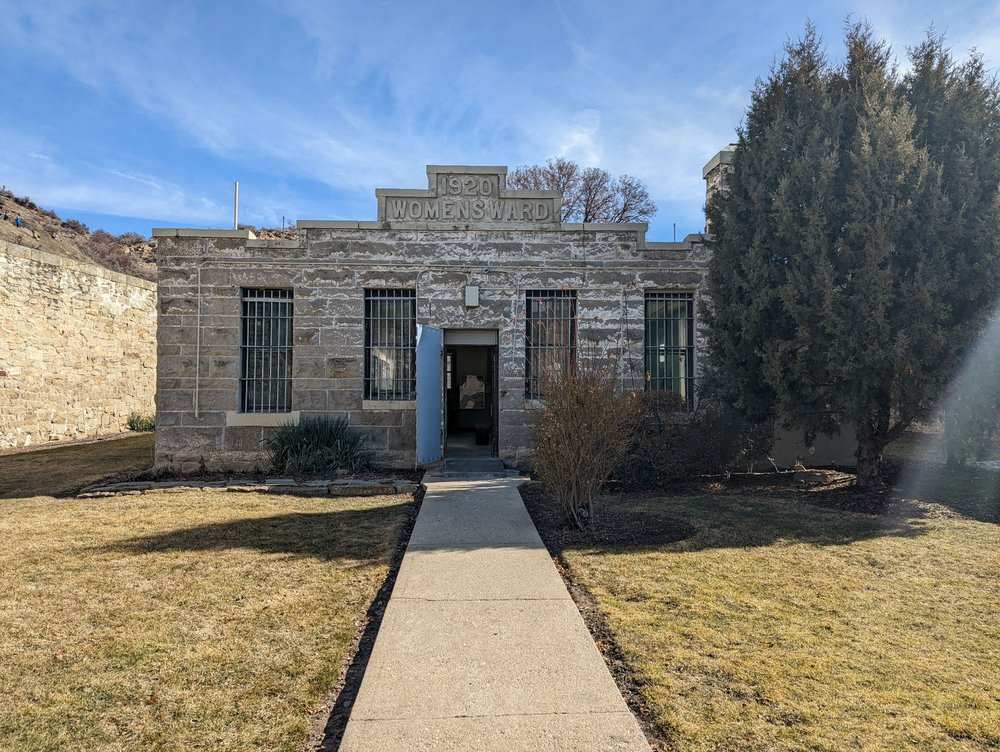 Idaho State Penitentiary Tour is considered by many to be the most haunted building in the state, and even though the jail opened its cells in the 1870s, things didn't really get cooking until 1935 when it became one of the most violent penitentiaries in America… and some of those desperate criminals are still there today. Nicknamed the "Old Pen", it was officially opened in 1872, and during the 101 years in service it saw well over 13,000 inmates 215 of which were women. For most of the early years that the prison was functioning the inmates were well behaved, and there was very little violence. It wasn't until the mid 1930s that behavior began to change. The Idaho State Pen saw many riots during its days, many of which were about the state of the living conditions that the inmates were subjected to. Many of the cells were outdated and overcrowded, and when the prisoners finally had enough, they revolted. In 1973, 413 inmates were taken to the Idaho State Correctional Institution after a riot to lessen the contained population. Unfortunately, it didn't stop the violence, and on December 3, 1973 the Idaho State Penitentiary closed its doors after it was destroyed in a riot fire... and for years afterwards it sat abandoned. Whispers about the jail's unexplainably strange experiences began to precede its reputation, and paranormal investigators started making the trek to spend the night exploring the dark corridors and dank jail cells. What they began experiencing were things they couldn't explain... Many who have had strange encounters with the jail report the feeling of unexplainable sadness. More often than not, people experience high-levels of anxiety and dread, and quite a few visitors have left the building in tears. Some say they've been touched by invisible hands, or hear whispers when there is no one around to make a sound. One of the other common experiences visitors tend to have while exploring the penitentiary are hearing the sounds of unexplainable noises that come from every nook and cranny of the building. Visitors and staff hear the haunting sounds of inmates from the past screaming a whaling deep in the prison, and when they go to investigate there is no one there. The prison is believed to be so haunted, in fact, it was even featured on an episode of the Travel Channel's Ghost Adventures. Today all the inmates are gone (the living ones, anyway) and the jail is open to the general public, offering guided tours for groups as young as forth grade. If you love the history, but aren't interested in the ghost stories, the ISP also hosts some pretty amazing exhibits dedicated to one of the nation's largest arms and military memorabilia. The exhibit also includes "...ancient Luristan bronzes, medieval arms and armor, Revolutionary War firearms and swords, Civil War artifacts, and an 1883 Gatling gun on its original carriage. Pistols, rifles, machine guns, mortars, and cannons from many of the countries involved in World Wars I and II are also featured." Guests are invited to take a peek at the penitentiaries chronological and indexed catalogs that cover photographs, mug shots, and history's on the inmates who lived and in some cases died during their stay at ISP. -Roadtrippers The Old Idaho Penitentiary opened its doors in 1872 to some of the West’s most desperate criminals. Today, visitors can experience over 100 years of Idaho’s unique prison history with a visit to Solitary Confinement, cell blocks, and the Gallows. The Old Idaho Penitentiary features thirty historic buildings and special exhibitions including the J. Curtis Earl Memorial Exhibit of Arms and Armaments. Events and programs provide families, school groups, and visitors an opportunity to relive the Old Pen's exciting past of daring escapes, scandals, and executions. The Old Idaho Penitentiary is part of the Idaho State Historical Society and is open year round; please call for hours of operation, tour times, and admission fees.

Reviewed by
Cyndi I.

What a trip back into time and history, riots, wars, local Idaho volunteers to fight in the war during the late 1800's, fires that burned down a good amount of the prison walls, stories and prison... Read more

It was a great and informative activity to do while in Boise. Definitely recommend doing a guided tour as they give you the best inside stories about the penitentiary. You can always spend more... Read more