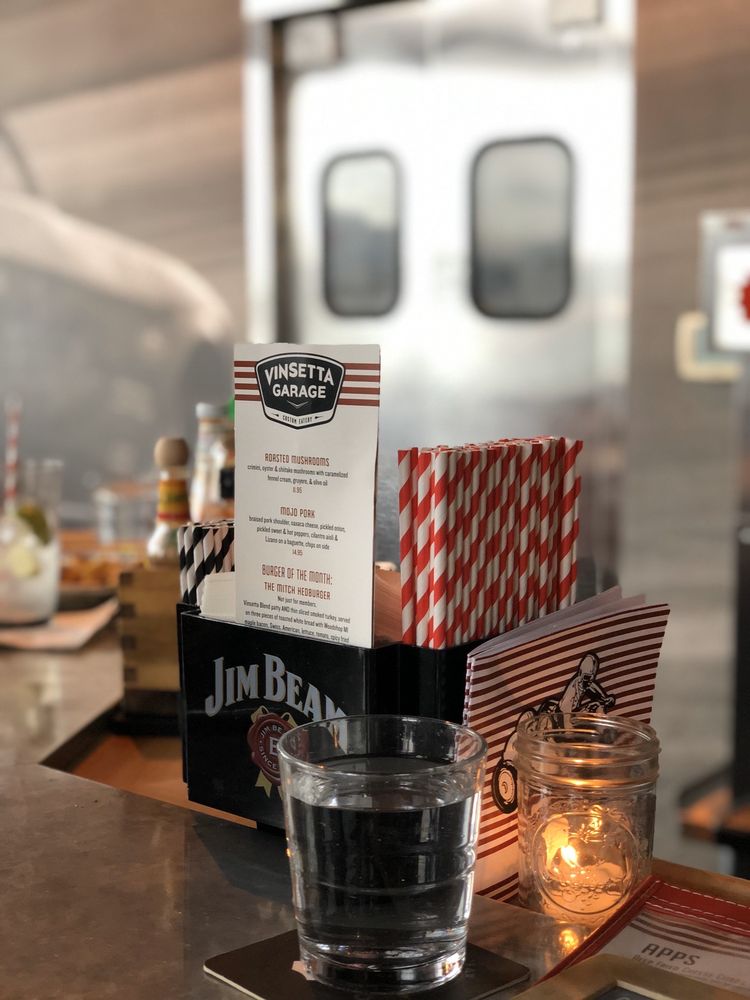 This is a joint. A place that was built to serve one purpose and preserved to serve the next. It's the kind of place that made a name for itself on Woodward Avenue by delivering the deepest kind of care to car owners and auto lovers one wrench turn at a time. Today, the oldest garage east of the Mississippi carries a different kind of torch but the cause remains the same: make it honest, make it legit and make it as good as you know how. While the Kurta and Marwil families have long since moved their tools out of the station, the tradition they set still steers the joint one course at a time. Chef Aaron Cozadd's menu is built on the kind of custom Detroit eats that the mechanics and techs would have called their own back in the day. With burgers, Union Mac & Cheese, noodle bowls, coal-fired pies and the like: the new crew is working to keep the legend of Vinsetta Garage alive on Woodward Avenue and beyond. Featured on United States of Bacon because of the MACON BACON BURGER: Angus beef, Woodshop MI maple bacon, pancetta, grilled Canadian bacon, house-made bacon jam, smoked cheddar.

I want to give this place 3.5 stars, wish Yelp allowed for it. The decor and "vibe" is very cool, but the food and drinks were nothing spectacular. I had their rainbow cocktail and I love me a... Read more

Such a cool place! They really did an amazing job with the garage theme...better than Fords Garage. It just feels more authentic. The service was great! The food was really good as well. I had... Read more

Situated off of Woodward Avenue in beautiful Royal Oak, MI. Vinsetta Garage is serving up some of thee best Gluten Free Macaroni and Cheese I have ever had! Plenty of parking behind the... Read more