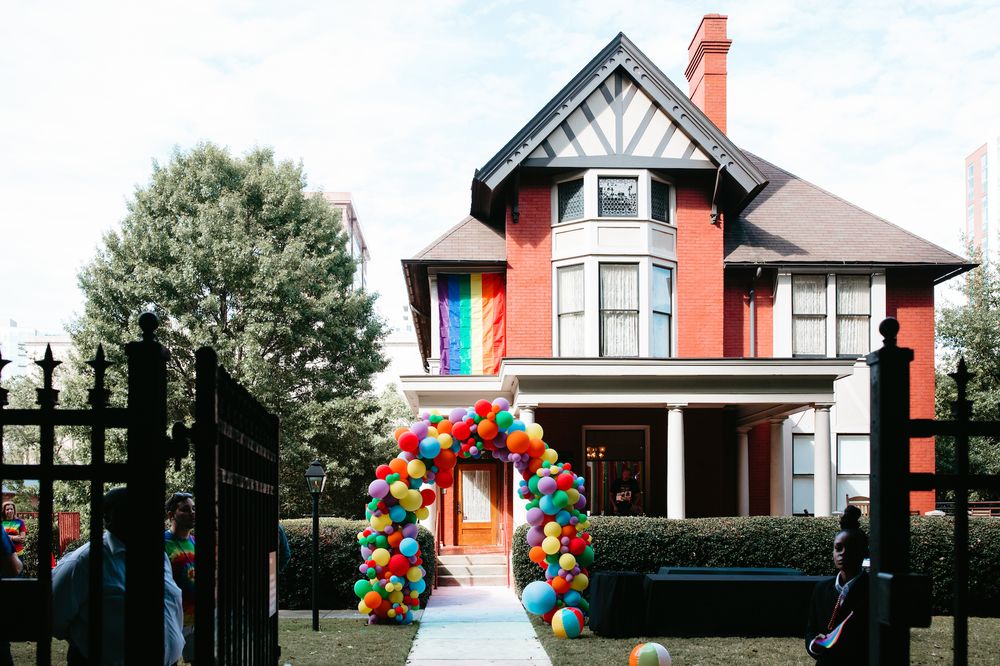 “The birth place of Gone With The Wind”

Listed on the National Register of Historic Places and operated by the Atlanta History Center, the Margaret Mitchell House is a turn-of-the century, three-story, Tudor Revival building where Margaret Mitchell lived and wrote her Pulitzer-Prize winning book, Gone With the Wind.  Built in 1899 by Cornelius J. Sheehan, the single-family home on fashionable Peachtree Street was converted into a ten-unit apartment building in 1919. Margaret Mitchell and her husband, John Marsh, moved into Apartment No.1 in 1925, when the building was known as the Crescent Apartments. Mitchell’s apartment is the only interior space of the restored house that is preserved as an apartment and maintains original architectural features, including the famous leaded glass window which Mitchell looked out while writing the book.  The house remained an apartment building until 1978 when it was abandoned. In 1985, a group of preservationists came together to save and restore the house and formed what is officially known today as the Margaret Mitchell House. To keep it from demolition, Mayor Andrew Young designated the house as a city landmark in 1989, and the restoration efforts continued.   In 1994, the house was severely damaged by fire, and Daimler-Benz, the German industrial group, supported the purchase of the property and restoration of the landmark building. Fire struck the house again in 1996, just forty days before its scheduled completion, and the restoration process began anew. The house officially opened to the public on May 17, 1997 and has since become one of Atlanta’s most treasured landmarks, literary centers, special events venue, and tourist attraction.

Great piece of history in a busy developed neighborhood. We went to the Atlanta History Center the day before which came with the Margaret Mitchell ticket (which is normally $13) so I would... Read more

Enjoyed my experience here at the Margaret Mitchell House. You could honestly stay here for hours given the amount of information they have posted. From seeing what Atlanta was like back in the... Read more

5-stars general interest, 3-stars on historic interpretation. This is the apartment house where Mitchell wrote GWTW. It's a little light on the REAL factual version of slavery. OK, first a... Read more