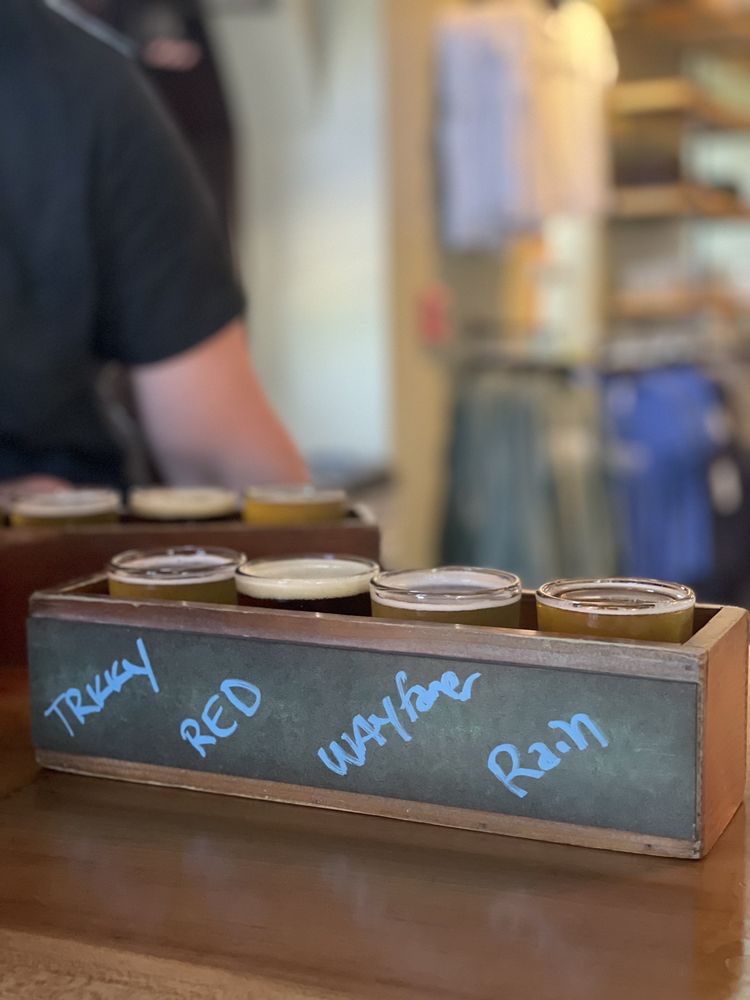 Brewing Award winning ales since 1997, Green Man was founded in downtown Asheville, originally as a brew-pub. New ownership and a fresh approach spurred evolutionary change at Green Man in 2010. No longer a brew pub, Green Man was able to focus on production, distribution and growth. With the help of the original brewer, John Stuart, and his team, Green Man has evolved into a respected and well-known brewery, known for consistent, traditional ales with a constant eye on quality. Green Man is now crafting seasonals and specialty brews like “The Rainmaker” Double IPA, and “The Dweller” Imperial Stout. Check out the beer page for more details and stay tuned for more offerings.

The atmosphere here is pretty cool. Love the top floor. It has a great outdoor patio area along with plenty of indoor seating overlooking the brewery. There is street parking, but it is hard to... Read more

Reviewed by
Gretchen B.

From the underage person in the crowd - the root beer is pretty awesome. From the beer drinkers - we both got a good class. Space is great and the stealer tshirt was pretty cool. Read more