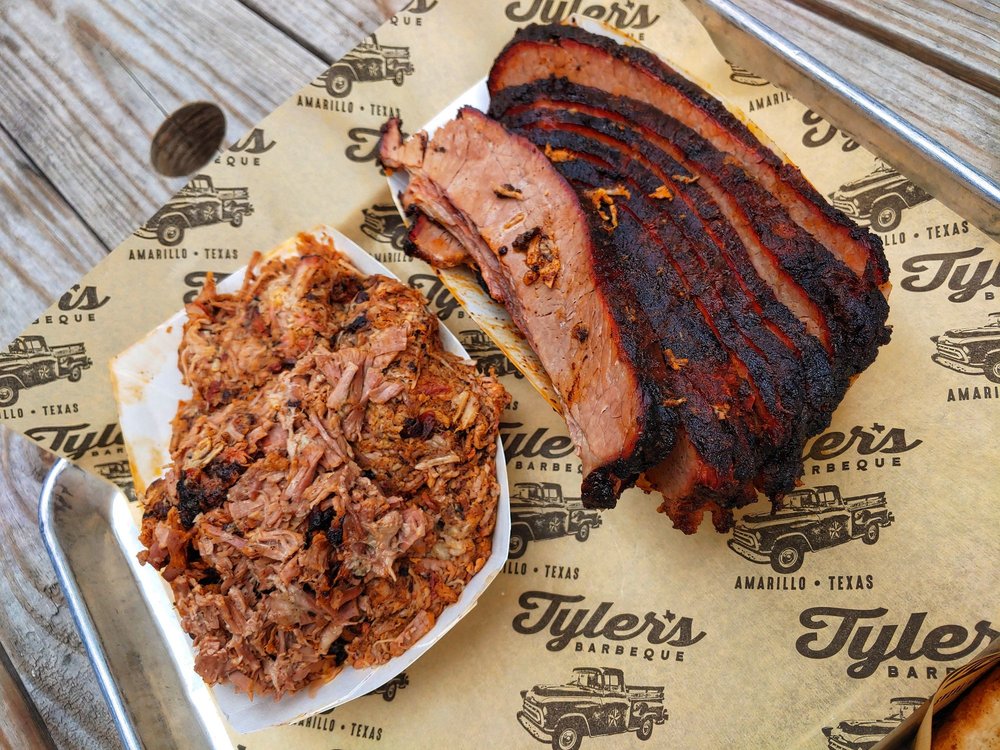 “Down-home BBQ until they sell out!”

My name is Tyler Frazer and I am originally from Amarillo Texas. For the past 4 years, I have been working for a promotional company doing large catered events. When I took the job I was fulfilling a set goal to work large events and gain the skills that I would need to open a barbeque restaurant. The job was working for Mrs. Bairds Ultimate Smoker and Grill. “The Grill” is the world’s largest transportable smoker. The first summer I worked for the “The Grill,” we did stops from Kansas City to Seattle to San Francisco. We catered many venues ranging from lunch for Albertson’s Corporate Headquarters (about 350 people) to the LA Children’s Hospital. Where we stopped traffic on Sunset Blvd. and fed everyone at the hospital (about 3500 people). Then we tailgated the Big Twelve tour and cooked anywhere from 4500 hotdogs a week up to a whopping 9200 hotdogs at the Texas/OU game. We catered approximately 100 events per year.

During my time with “The Grill” I became proficient at catering logistics and large scale food preparation. In addition to my last four years with “The Grill,” I have been in and around the consumable business over the last 20 years. I worked at a “Mom and Pop” barbeque while I was in college. In addition, for many years I was the consumables buyer for a national retailer that had 160 stores from Washington to Tennessee. During my 8 years at that company I excelled in the consumable category.

My experience as a buyer combined with my experience working in the food industry has given me a great unique skill set. This is not an accidental path that I have been traveling. I intentionally put the plan in motion to start a Barbeque over five years ago. And I took advantage of having the world’s largest smoker and grill to learn as much as I could about cooking for large groups and honing my skills on producing tasty food. I took advantage of my travels to sample all the local barbeque places along the way.I am a goal setter and have clear direction and focus on the direction I want to go.

Revisit to Tyler's on our way to Arizona. We did not stay overnight but we remembered Tyler's from a year ago. A quick google search revealed his restaurant was but 1/2 mile off I40. So we did a... Read more

If your going through Amarillo, this is a stop you must make. I have had a lot of brisket, from places that are the top in the US, like Franklin (Austin TX) and Hometown (Brooklyn NY), and this... Read more

Reviewed by
Andrew B.

While driving through Texas and staying in Amarillo for a night I decided to track down the highest-rated BBQ in the area which happened to be Tyler's BBQ according to Google. I've always said... Read more