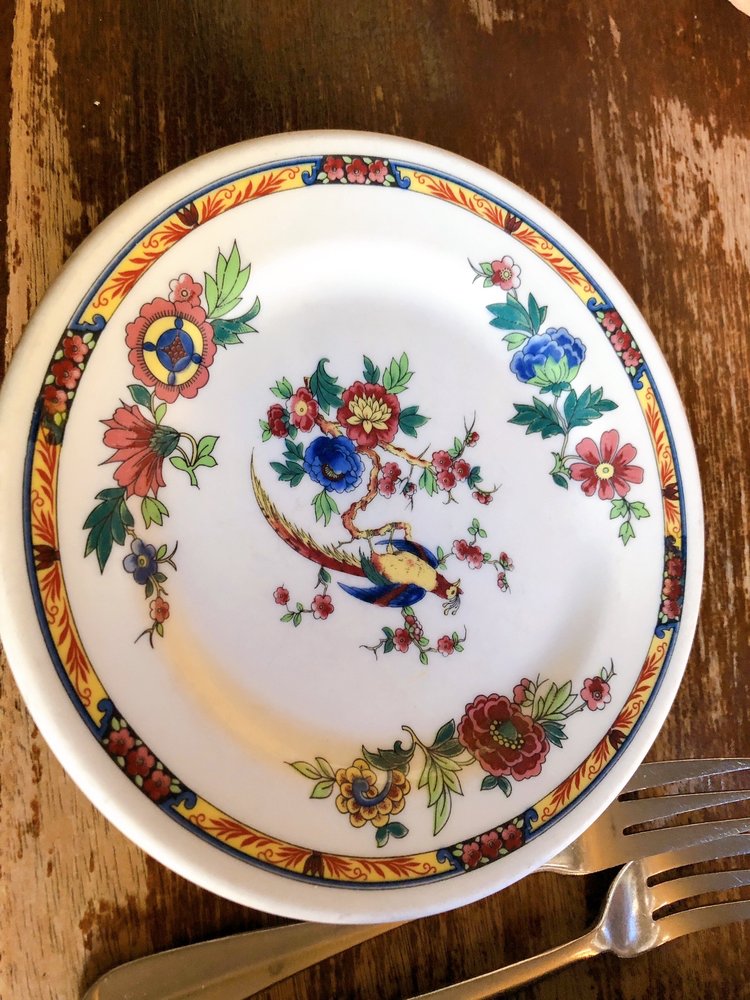 Gadsby's Tavern Museum consists of two buildings, a ca. 1785 tavern and the 1792 City Hotel. The buildings are named for Englishman John Gadsby who operated them from 1796 to 1808. Mr. Gadsby's establishment was a center of political, business, and social life in early Alexandria. The tavern was the setting for dancing assemblies, theatrical and musical performances, and meetings of local organizations. George Washington enjoyed the hospitality provided by tavernkeepers and twice attended the annual Birthnight Ball held in his honor. Other prominent patrons included John Adams, Thomas Jefferson, James Madison, James Monroe, and the Marquis de Lafayette.

The food was pretty good, although my meat I ordered medium rare and it was closer to medium well. We made reservations and we were still put in the samller less fancy room. Some historical people... Read more

Reviewed by
Matt B.

I didn't go here for the food but wasn't pleasantly impressed with the dishes. The place has super affordable and well-priced dishes for DC. I did go here because it's where my boy, George... Read more

The maître d was amazing. She was knowledgeable with the history of the building and told us of a ghost story. Friendly and sweet! Ambiance was cool and fitting with the historical context.... Read more