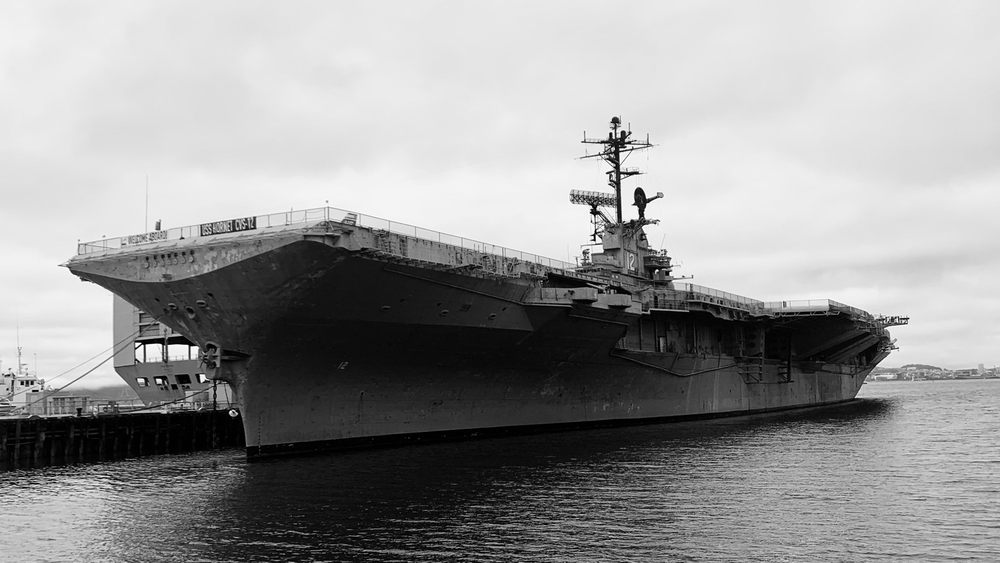 Aircraft Carrier Hornet Foundation preserves and honors the legacy of the USS Hornet, a national historic landmark, and its role in naval aviation, the defense of our country, the Apollo Program and exploration of space.  The USS Hornet Museum connects the greatest generation of Americans with future generations, educating and inspiring them to meet their challenges. The Aircraft Carrier USS HORNET Museum is a national treasure, having participated in two of the greatest events of the 20th century -- World War II and the Apollo 11 manned space mission.Now peacefully moored at historic Alameda Point on San Francisco Bay, the USS HORNET is a timeless memorial to those who defended our American values and to those who have pursued America's technological advancements. This retired aircraft carrier, historic landmark, and museum is said to be the most haunted warship in the world. It has been used as a setting on many movies and has been featured on several TV shows, including MTV’s Fear, Ghost Hunters, Ghost Adventures and Scariest Places on Earth.

Reviewed by
Ed U.

I'm really not a military history buff. Could you tell? Despite rumor, I wasn't alive during WWII, so my only memories of wartime combat came from Hollywood. My reason for coming here was rather... Read more

For the 4th of July this year we made a little family trip to tour the USS Hornet. They also have an afternoon plane fly over by some old war planes. We explored every inch of the ship. If it... Read more

Even if you are not into the history, this is a good trip, worth an hour or so. It made me think of all the sailer, off at war and protecting us. I think this is why many Italian, even though we... Read more