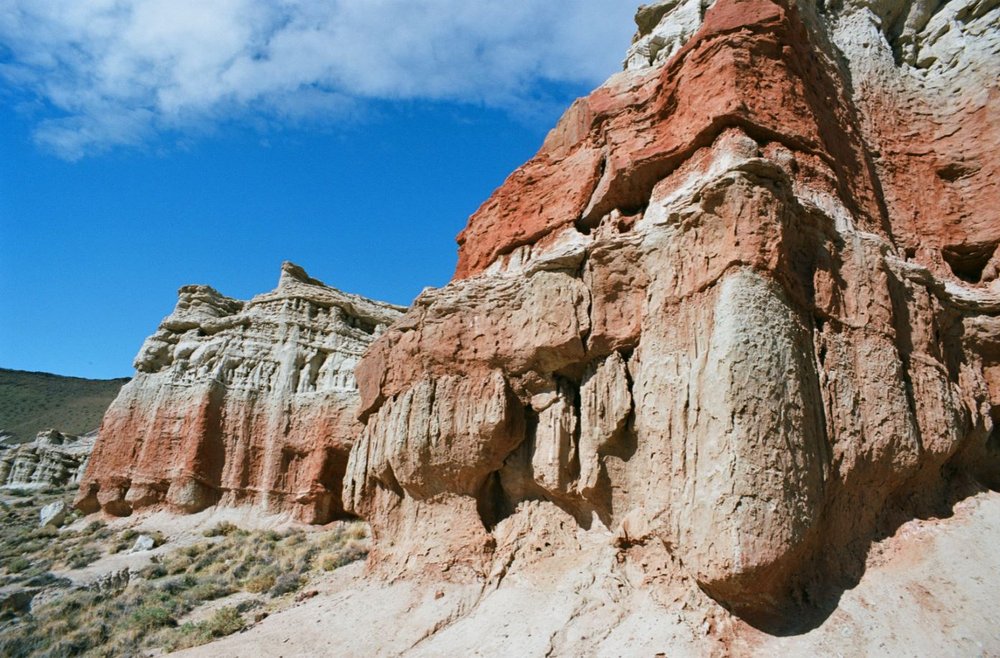 The stretch of Route 66 from Chicago, Illinois, to St. Louis, Missouri, is home to aluminum-and-chrome diners, historic, family-owned cafes, bizarre attractions, and other reminders of the route’s charming past. You’ll also see plenty of cornfields and flat prairie land between the bustling cities and sleepy towns along this first leg.

Don’t miss the Route 66 Starts Here sign at the corner of S Michigan Avenue and E Adams Street. The sign (along with a handful of replica signs on the same block) is located in a busy section, so you may need to find parking elsewhere and walk to the sign for a photo.

Next up is the adorable town of Atlanta (yes, Illinois has one, too). This charming place is full of classic Route 66 attractions. Don’t forget to visit the town’s octagon-shaped library, built in 1908. The 40-foot-tall clock tower next door is still wound by hand every eight days.

As the name suggests, the town of Lincoln has a bit of an obsession with the 16th president of the United States. The almost 25-foot-tall Railsplitter Covered Wagon—the world’s largest covered wagon—is no exception. Today, it sits on the front lawn of a Best Western hotel, and Abe himself can be found sitting on the wagon reading a law book.

In 1837, the Springfield Road was constructed to connect St. Louis with Springfield, Illinois. The route became a popular stagecoach line for the next 20 years, but with the rise of the railroad, roads like this fell into disuse and disrepair. The advent of the automobile provided a welcome comeback and by 1920, there were tens of thousands of cars on the road.

In 1925, the American Association of State Highway Officials approved a marking system for interstate highway routes. East-west routes were designated with even numbers and they all ended with a “0”—with one exception. After some controversy, mainly on the part of delegates from Kentucky, the route from Chicago to Los Angeles, California, was given the number 66.

But wait—there are two more essential roadside stops before you leave Illinois: the World’s Largest Catsup Bottle and the Cahokia Mounds. Originally built in 1949, the catsup bottle is an excellent example of roadside Americana, and thanks to a preservation group, it stands as tall and beautiful today as it did 70 years ago.

Gateway Arch National Park is so much more than just the iconic arch. There’s also a free museum with exhibits detailing U.S.’s westward expansion and the building of the Gateway Arch, which is a good place to start if you’re waiting for your ride to the top (or if you’re scared of heights but still want the arch experience). A trip to the top of the Eero Saarinen-designed monument—the world’s tallest arch and the tallest man-made monument in the U.S.—offers great views of both sides of the Mississippi. Across the street is the Old Courthouse, site of the Dred Scott trial, which features an ornately decorated dome.

You did it—one leg down, five more to go. As you travel further southwest, the weather will get warmer, the road will get flatter, and the views will only get better. While it’s true that you never forget your first, so much of Route 66 is still in front of you—so keep going and let the Show-Me State show you why almost 100 years after its creation, the Mother Road is still the best place to get your kicks.