Located in an old Greyhound Station, Savannah's The Grey is Georgia's Coolest Restaurant

When it comes to dining out, sure, the food is important. But beyond that, one of the most important and often-overlooked requirements for a memorable meal is ambiance. Sometimes you can capitalize on your joint's status as a "dive", other times you can add a gimmick like zombies to the decor (see: Donny Dirk's Zombie Den), but once in awhile, the building itself is enough to elicit just as much satisfaction as the food. Such is the case with Savannah's The Grey.

Long before it was a James Beard Award-winning restaurant, The Grey was Savannah's Greyhound Station. Built in 1938, the Art Moderne building once saw the hustle and bustle of travelers moving in and out of the city, but lay dormant for much of the last decade. Now, after a few million dollars worth of reservations and two years of backbreaking resoration, the building has not only come back to life, it's busier than ever, and with good reason.

The owner, John Morisano, has taken great care to keep the spirit of the location intact through the updates, opting to keep the original Masonite walls, retro light fixtures, and steel booths.

“I immediately fell in love with the building and was awestruck by this room,” he told Savannah Now. “It’s those little pieces of history that are most amazing to me. We didn’t invest multiple millions of dollars in the restaurant; we invested the money in preservation of the building. That’s the infrastructure.”

On the original pink floors, you can still see the worn marks where passengers waited in line to buy tickets, and painstakingly sourced a replacement for the front facade, a particularly tricky ordeal since the kind of glass used for the striking blue hue, called Vitrolite, isn't even made anymore.

They've even kept nods to the property's more shameful past as a Jim Crowe building. Above the back end of the restaurant, the words "WAITING ROOM" are painted on the wall, a reminder of when African American travelers were forced to gather at the back of the building, away from whites.

“I take it as an honor to be in that space, to be in a Jim Crow building, and to be able to serve people who remember that,” Chef Mashama Bailey said. “To be a black woman in the South, in a city like Savannah, and to have such a stage to cook and perform on, it’s mind-blowing.”

Oh yeah, you might want to hear about the food, huh?

The Grey has created a menu that adds a twist to the local tastes of Savannah, keeping the ingredients pared down and home style, but with enough finish to make it worthy of any of New York's best fine dining. That should be no surprise, as Bailey cooked under famed Chef Gabrielle Hamilton of New York's Prune for four years.

“I basically forced Gabrielle to take a meeting with me because I wouldn’t leave her alone,” Morisano admitted to Savannah.com. “I told her what I was doing with the bus terminal and all that I was looking for in a chef and a partner, and she sort of looked at me and was like, ‘You know, my sous chef and sort of the first protégée I’ve ever had in my cooking career is your perfect person.’”

With updated Southern dishes like the Country Captain special, a tomato-curry chicken stew,Baby Roasted Eggplant, Salt-baked Curried Shrimp, Braised Eel, and Seafood Boudin and Country Pasta, it's hard not to be tempted to stuff your self silly, particularly if you're an out-of-towner looking to sample as much as you can on your visit. They've even made it especially easy to do so by making their price points so affordable. Most meals will run you around ten bucks, a steal for the kind of cooking you'll get.

The meals pair well with their classic cocktails from the bar, once the Greyhound Terminal's 24-hour diner, but their desserts, including a "deconstructed apple cobbler" garner particularly high praise, so resist the urge to fill yourself up completely.

If you're going to be in the Savannah area, The Grey is absolutely worth a stop not only for the meal, but for the history that comes along with it. Do yourself a favor, though, and call ahead to make a reservation. The Grey is, understandably, one of the hottest new restaurants in town, so you'll want to make sure you don't miss out on a seat. 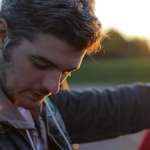